In his previous post at Stun as Senior Account Director, LeBoeuf had led Stun's efforts in driving robust relationships with such top brands like NFL (NFL Media) and Princess Cruises. He is also working with other brands including Hollywood Park - new home of the LA Rams & the LA Chargers. In his new post, LeBoeuf will help drive awareness and market penetration by implementing the brands' vision across AV, digital, print, social, and experiential media platforms.

"We have been extremely fortunate to have developed fantastic relationships with the marketing teams at some of the most successful consumer brands in the world. Matt's new role reflects Stun's continuing evolution from primarily an entertainment industry focused agency to one with a much more diverse client portfolio," said Feldstein and Roth. "As we strengthen our Consumer Brands Team, and with the promotion of Matt, we continue to grow Stun's footprint by seeking additional brand clients who can benefit from our expertise, especially our background in entertainment and content creation."
Adds LeBoeuf, "Beyond bringing new accounts into the fold, we continue to work closely with our existing brand clients by developing truly collaborative relationships, and expanding our role with them as a trusted partner." 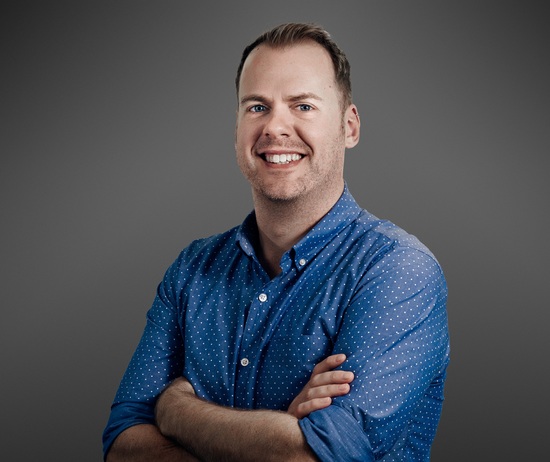 Prior to his promotion, Matt LeBoeuf, who joined Stun in 2013 as Senior Account Director / Head of Integrated Production, had been in charge of numerous, cross-divisional accounts (AV, social, digital, print) for such clients as the NFL & NFL Network, Princess Cruise Line, Netflix and Turner.

From 2008 -2013, LeBoeuf had been Senior Producer/Head of Production with Big Machine Design, a full service production and design firm. There, he oversaw more than 500 projects including commercials, on-air promotions, show packages, experiential marketing, visual effects, live action shoots, branded content and trailers. His major clients at the time included Disney, Ubisoft, Geico, Bravo, the History Channel and Discovery, among others.

As Producer, On-Air Creative Services, for DIRECTV (2007-2008), LeBoeuf oversaw the Fall 2007 brand package evolution of DIRECTV, including a new brand logo and brand package. Earlier posts held by LeBoeuf during his career include serving as a Producer with both Transistor Studios and Lambo/SubGiant, and as a Coordinator within the marketing department at Arnson Communications.

Winners of the prestigious PromaxBDA 2018 Global Excellence Agency of the Year Award, and three-time winners of the Promax/BDA North American Agency of the Year Award (2017, 2014, 2013,) Stun activates consumers by telling brand stories in compelling and engaging ways across all media platforms. Founded in Hollywood in 2000 by Brad Roth and Mark Feldstein, Stun is a content studio and commercial production company, known for its award-winning creative campaigns, integrated use of comedy and humor, and compelling, highly original, thought-provoking content.
In addition to its live action work, Stun also offers clients state-of-the-art animation and design, visually compelling key art and print production, and a full service Social Media Content Team.

For the past 18 years, Stun has been recognized throughout the entertainment and advertising industries for its smart, funny and celebrity-driven work. The company has produced successful and popular promotional campaigns featuring such celebrities as Kristen Bell, Andy Samberg, Snoop Dogg, Conan O'Brien, Magic Johnson, and Dwayne "The Rock" Johnson, to name just a few. Stun has Emmys, Clios, Cannes Lions, and Webby Awards to its credit.