SIM Group, a leading supplier of production and post-production equipment and services to the feature and television industry, today announces the promotion of Eleanor O®Connor to the newly-created post of President, PS Lighting & Grip Division. She will manage all lighting and grip operations for all SIM locations, which include offices in Vancouver, Toronto, Halifax, Los Angeles, Atlanta and Beijing. 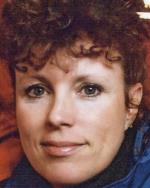 O®Connor joined PS Production Services in 2010 and has been a key contributor to the company®s overall success. For over 30 years, she has been a respected and seasoned executive in the film and television industry. When PS was acquired last year by The Sim Group, O®Connor®s skills and experience at an international level immediately benefitted the entire company.

O®Connor will be based in Vancouver and will oversee worldwide PS Lighting and Grip operations.

About The SIM Group
The SIM Group is a leading supplier of technology to the film and television industry. Its operating units, SIM Digital, Bling Digital, PS Production Services, as well as its most recent merger with Chainsaw Edit, maintain offices across the USA, Canada and China.

PS Production Services was founded in 1972 as a 2-man start up operation in Toronto by Doug Dales. PS is a premiere rental supplier of lighting, grip, generators, package trucks, dollies, cranes and heads. SIM Digital is a world-class rental facility specializing in digital production equipment and workflow services. SIM Digital offers one of the largest and most diverse inventories of the latest digital cinematography tools from top manufacturers. In tandem with its innovative Bling Digital & Chainsaw Finishing divisions, the company offers the industry®s most comprehensive workflow solutions for feature and television production, encompassing cameras, data, dailies, offline editorial, finishing and archiving. For more information, visit www.simgroup.com