Hawthorne Direct, a full service Brand Response ad agency, has promoted Jessica Hawthorne-Castro to Chief Executive Officer. Hawthorne-Castro had been the company's COO since March 2013, and, earlier, served the agency as its Vice President of Operations and Client Services. The announcement was made today by Tim Hawthorne, Chairman and Founder of Hawthorne Direct.

Representing the "next generation" of brand marketing experts, Hawthorne-Castro will remain based in the company's headquarters in Los Angeles. In her new position, she will continue to oversee the agency's position as a leader in accountable advertising. She will spearhead further innovations in creative solutions and analytic systems that consistently deliver optimum return on investment for Hawthorne's clients. 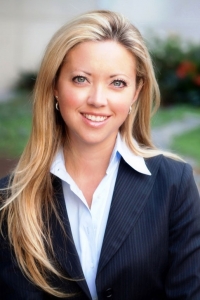 Regarding her promotion, Mr. Hawthorne said, "Since first joining Hawthorne Direct in 2007, Jessica has helped transform our agency to its position today as a market leader in Brand Response advertising. Our agency pioneered the Direct Response advertising category nearly 30 years ago, and we've continued this tradition with cutting edge creative and groundbreaking media expertise through our proprietary analytics system, 'Catapult.' Jessica's strategic vision and operational strengths are an unbeatable combination."

Adds Hawthorne-Castro, "As an independent agency, Hawthorne has the advantage to move quickly and always act in a client's best interest, not shareholders. In a fragmented marketplace, we are in a position to effectively identify, target, acquire and retain our clients' most valuable customers. Our strategy focuses a great deal on the data and insights that go into the front end of a campaign, which we then continue to optimize throughout to the backend. I have always been extremely optimistic about the Direct Response industry, as I believe accountable advertising is where the future of marketing for brands has long been headed and we are very fortunate to be in this market leader position."

In Marina del Rey, CA, on May 7th, Hawthorne-Castro, a Board Member of the Digital Hollywood organization, was the Moderator of a panel presented by that group entitled "Women in Advertising." Joining her on the session were seven other high profile female advertising and marketing executives, including those from Adobe, WongDoody, The Woo, SapientNitro, and other industry leaders. 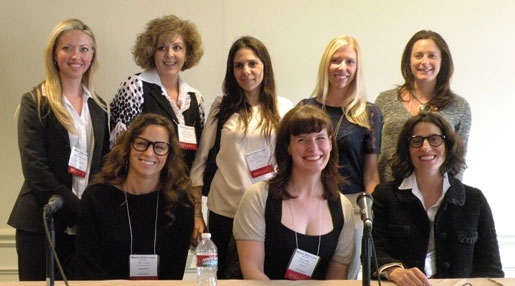 On May 8th, Hawthorne-Castro was named a 2014 "Women in Business" Award Nominee by the Los Angeles Business Journal. The annual awards event honors the most successful female business leaders in Los Angeles, recognizing women who are making a difference within the LA business community.

About JESSICA HAWTHORNE-CASTRO:
Jessica Hawthorne-Castro first joined Hawthorne Direct in 2007. During the course of the past seven years, she worked her way up the company's corporate ladder and was named the agency's COO in March 2013. Throughout her tenure with Hawthorne Direct, she has fostered service-oriented relationships with the company's high profile clients, helping them to envision, create and execute their advertising plans. Her strategy is renowned for its hands-on and highly responsive approach. To date, her clients have included 3M (Command, Filtrete, Post-it, Scotch-Brite), Armor All, Black & Decker, Gerber, L'Oreal, Hamilton Beach, Remington, SanDisk, Pella, Transamerica, PETA, Carbonite, Audible, Hoover, and United Healthcare, among others.

Prior to joining Hawthorne Direct, Hawthorne-Castro had been a successful television literary agent with William Morris Endeavor (formerly Endeavor), one of Hollywood's top, full service talent agencies representing writers, directors and producers for television. As the agent for an impressive list of WME's top TV talent, she identified and negotiated opportunities for shows airing on all major broadcast and cable television networks. She also packaged key elements necessary to develop TV shows, working regularly with executives from ABC, CBS, Fox, NBC, HBO, USA, Bravo, and others. In this capacity, Hawthorne-Castro assisted the creators of a number of top rated television programs, including "Entourage," "The Office," "Heroes," "24" and "Law and Order," to name a few.

Independent and privately owned, Hawthorne pioneered the Direct Response industry nearly 30 years ago. The agency has continued this tradition of breakthrough innovations that consistently deliver on the cornerstone of its success, Accountable Advertising that delivers optimum ROI for its clients.

Hawthorne is headquartered in Los Angeles, with the founding office located in the Midwest. The agency was founded in 1986 by Timothy R. Hawthorne, who serves as Chairman. For more information, please visit: www.hawthornedirect.com