Entertainment Legal Tips by Brandon Blake: How to Get My Story Seen

Entertainment Legal Tips by Brandon Blake: How to Get My Story Seen 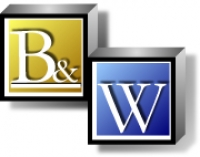 Question:
My Question pertains to writing. How does a struggling author get their books or stories seen by a
film studio?

Answer by Brandon Blake, Entertainment Attorney:
I receive a lot of questions from authors in the same situation. Whether an author has been
published by a major publisher or has self-published through the many independent presses that areavailable, many authors would like to move from print to theatrical motion pictures.

Moving from publishing to feature film is difficult. Most books that are adapted for major motion
pictures are either best sellers or have a substantial cult following. Unpublished manuscripts are
difficult because the work does not yet have an audience. Generally an unpublished manuscript will need to be adapted first to show the feasibility of producing the work as a feature film.

After 14 years of representing feature film producers, writers and authors, I have been on both sides of adaptations, representing the authors and the producers at different times. Although there is no single way to succeed as an author, here are a few tips that I have learned over the years.

- Unpublished Works: An unpublished work faces the steepest climb. I would suggest that the first
step would be either to find a literary agent to represent the work or to dig in and either write the
adaptation or find a young screenwriter with talent that can write it with the author. Neither choice
is easy. Finding a literary agent is difficult due to the huge number of manuscripts being submitted
each year. Likewise, writing a script or finding an interested writer will take time. But in either case the author is making a material step towards getting the work seen. Do not discount the many
workshops and contests that can give a work a boost as well.

- Self-Published or Limited Editions: In this case an author should consider the audience of the
work. Is there a large audience or a particularly supportive demographic? If so then the work might
support a crowd funding campaign. Money could be raised to hire a professional screenwriter or
even to develop the feature. If the screenwriter hired is well known or if the author has raised
enough money to attach some known actors, then studios and production companies will start to
take interest in the project.

- Well Known Works: Well known works can often be presented directly to studios who may want
to develop the projects in-house. This is especially common with animated features. The process is that the studio will find out if there is tentative interest by the author in developing the work for a
feature film. Then the development executives will shop the project internally to find potential
interest from a producer in the project.

As with any of these approaches, the author needs to balance exposure of the work with protecting the concept and idea of the project. In my experience the risks of reputable, experienced producers out-right stealing a project are much smaller than most authors realize. However, that does not mean that the author will be treated fairly. Proper representation is important for an author at any experience level.

As with any legal matter, please do not make a decision about complex matters without consulting
an experienced entertainment attorney first. I have been representing feature film projects for more than 14 years. Please feel free to contact my office about a quote.

From negotiating complex entertainment deals to delivering sophisticated LLC and securities packages in all 50 states, each B&W entertainment lawyer manages the legal and business affairs of clients from idea, to execution, to sales and exploitation.