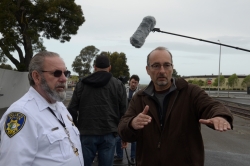 San Rafael, CA, April 7, 2014 -- 32TEN Studios, a San Rafael (Marin, CA) -based company that provides production facilities and services, as well as practical effects services, to entertainment, advertising, community and corporate clientele, has produced a new TV campaign designed to help recruiting efforts by the Vallejo, CA, Police Department. The new PSA campaign will debut on the air on Northern California television during Spring. The announcement was made by 32TEN CEO Tim Partridge, who directed the TV spot. 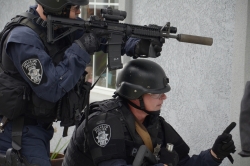 Last year, 32TEN Studios produced special effects scenes for such major Hollywood motion pictures as "Pacific Rim," "Elysium," "The Lone Ranger," and the recently released "Noah." The new PSA project is in keeping with the studio's mandate to both promote the Marin area as a hotbed of production for film and TV productions of all sizes, while also serving as a good neighbor to encourage area safety and protection. 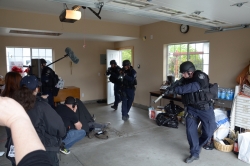 Under the helm of director Partridge, the 32TEN Studios crew shot a number of scenes for the new TV spot. These included a staged traffic accident, a SWAT team in action, a K9 unit at work, and the entire Vallejo Police Department within a large group setting. Said Partridge, "We felt this was a good opportunity to put our team's considerable experience to work for a good cause helping our community, and more specifically, helping the Vallejo Police Department promote their recruiting efforts to add additional officers to their force." 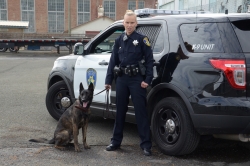 Adds Lieutenant Sid DeJesus, Professional Standards Division, Vallejo Police Department, "The Vallejo Police Department is currently involved in a massive recruiting campaign to hire upwards of 30 more police officers. As an organization that has experienced catastrophic staffing reductions -- going from 153 officers in 2006 to 80 in July of 2013 -- we are finally on the road to recovery. We have 88 sworn officers today, and our hope is to reach our authorized staffing levels of 110 by the end of 2014, with an additional 4 hired via a C.O.P.S. grant."

"As the city has emerged from bankruptcy, the police department has embarked upon some very exiting times. We contracted with 32Ten Studios, and its owner Tim Partridge to film our new recruitment video. Tim and his team did a terrific job."


ABOUT THE VALLEJO POLICE DEPARTMENT: 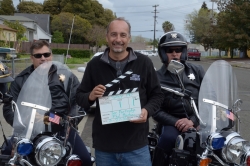