"We are honored to celebrate this extraordinary group of talented people who have made such remarkable contributions to the world of media," said Perth. "We've chosen each of them because they've raised the bar of achievement, and are some of the absolute best in their fields of our business. Their accomplishments are incredible, from Emilio's formidable expansion of Televisa's business, and Jim's unique ability to touch and entertain us with remarkable stories and characters, to Jon's shrewd growth strategy and vision for screens both large and small, and Lauren's record of building hugely successful cable brands in the times of this dynamic digital media landscape."

This year's honorees will be feted with new surprises at the cocktail reception/ceremony, which will take place on Tuesday, January 28 during NATPE 2014 at the Fontainebleau Resort. Event tickets are available for $175, benefiting the NATPE Educational Foundation, and can be purchased online https://www.natpe.com/page/legacyaward.

"It would have meant so much to Brandon that NATPE continued to keep alive his love for TV with this award," said Lilly Tartikoff. "Emilio, Jim, Jon and Lauren embody the creative brilliance and passion for the business that were his trademark." 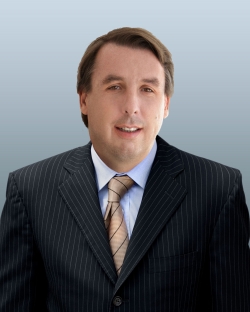 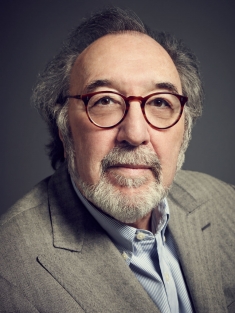 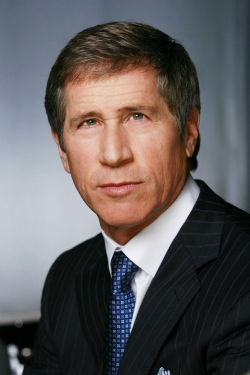 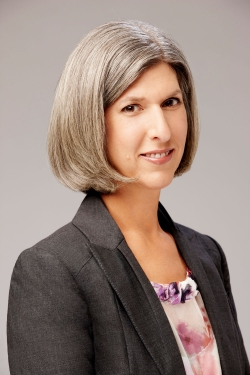 Emilio Azcßrraga Jean is President, CEO and Chairman of the Board of Directors of Grupo Televisa S.A.B. Under his leadership, Grupo Televisa has more than doubled its operating margin and consolidated its leadership in Mexico's broadcast business. The undisputed leader of Spanish-language content worldwide, the company produces more than 90,000 hours of original programming annually - content that is exported to more 130 countries, including an audience of 50 million Hispanics in the U.S. Televisa has also become a major player in the Mexican telecommunications industry through its continued expansion into cable and satellite TV as well as landline and mobile telephony services.

Azcßrraga began his career with the company in 1988 as Operations Director of Channel 12 in Tijuana, and two years later, was appointed Grupo Televisa's Corporate Vice President of Programming. In 1996 he became Chief Operating Officer, responsible for the overall operation of the company, and in 1997 he became CEO of the group. Azcßrraga is also President of Fundaciˇn Televisa, Mexico's most prominent foundation, whose mission is to generate opportunities for improvement in education, values, nutrition, health, housing and cultural projects, and a key supporter of Teletˇn, a nationwide event to assist handicapped children and fight childhood cancer.

James L. Brooks has brought to life some of the most indelible television and film characters and stories in history, including the smash hit "The Simpsons," a worldwide cultural phenomenon that is about to celebrate its 25th anniversary. He created and produced ground-breaking hit shows such as "Room 222," one of the first shows to feature an African-American lead character; "The Mary Tyler Moore Show," which showed the world an independent working woman; "axi," an ensemble comedy that explored the work experiences of a group of blue-collar taxi drivers; "Lou Grant," which focused on issues for media and society; and "The Tracy Ullman Show," a brilliant platform for sketch comedy.

Over the course of a nearly 50-year career, Brooks, the winner of three Academy Awards® and 20 Emmys®, has also garnered huge success on the big screen, including Terms of Endearment, starring Shirley MacLaine, Jack Nicholson and Debra Winger which earned him three Oscars; Broadcast News, starring Holly Hunter, William Hurt and Albert Brooks; As Good As It Gets, starring Nicholson, Helen Hunt and Greg Kinnear; Spanglish, starring Adam Sandler, Tea Leoni and Paz Vega; and How Do You Know, with Reese Witherspoon, Owen Wilson, Paul Rudd and Nicholson. Brooks' Gracie Films has also executive produced films including Say Anything and Bottle Rocket, and produced War of the Roses, Big, Jerry Maguire and Riding in Cars With Boys, in addition to The Simpsons Movie, which he also co-wrote.

A 30-year entertainment industry veteran, Lionsgate CEO Jon Feltheimer has been responsible for tens of thousands of hours of television programming and hundreds of films, including the global blockbuster "Hunger Games" franchise and Academy Award® winners Crash, Monster's Ball and Precious. Under his leadership, Lionsgate has grown into a next-generation global content leader whose market capitalization has grown from $80 million in 2000 to nearly $5 billion today. Feltheimer also has grown Lionsgate's global television business to encompass more than 1,000 episodes of television content worldwide and has increased its revenue from $8 million in 2000 to a projected half billion dollars this year. Lionsgate's television business includes a roster of hit series for cable networks, including the multiple Emmy Award-winning "Mad Men," "Nurse Jackie" and "Weeds," a broadcast network series, five shows in national syndication, several television series utilizing the 10+90 model that Lionsgate pioneered and a growing slate of original content for digital platforms including the critically acclaimed breakout "Orange is the New Black."

Before Lionsgate, Feltheimer spent nine years at Sony Pictures Entertainment (SPE) as head of the Columbia TriStar Television Group and head of Sony Entertainment Television, where he shepherded the launch of hit TV shows such as "Mad About You," "Dawson's Creek" and "The King of Queens" and led the television group's evolution into an international powerhouse that launched or partnered in nearly 30 branded channels around the world. He was NATPE's 2009 keynote speaker and received MIPCOM's prestigious "Personality of The Year" Award in October 2010.

Lauren Zalaznick is Executive Vice President, Media Innovation & Cross Company Initiatives, NBCUniversal, responsible for accelerating the company's growth and for identifying and executing new business opportunities. With her finger on the pulse of the media business, Zalaznick is charged with developing new capabilities in research, technology, and innovation to capitalize on current and emerging trends, and leads a newly formed consumer products group for NBCUniversal.

Zalaznick has spent her entire career in media, beginning as an independent feature film producer, and is widely recognized as an industry pioneer. Zalaznick is seen as the first to recognize and harness the power of NBCUniversal's media portfolio, forming the Integrated Media group in 2007. She chairs the advisory board of industry luminaries at Women at NBCU and oversees the NBCU Digital Council. She is also responsible for the highly effective "Symphony" initiative across NBCUniversal and Comcast Corporation properties, which seeks to cross-collateralize promotional efforts around the portfolio's biggest events, including Universal Pictures' biggest film releases of the year, as well as NBC Entertainment Group's highest priorities such as the Olympics and NBC Entertainment Network's new fall season. Under Zalaznick's guidance, each of her businesses achieved record-setting ratings and revenue growth, while forging new media and marketing partnerships for the division. Her businesses garnered industry recognition and countless awards for digital, mobile, social, and ad sales innovations.

NATPE is the "Market of the Americas," and this year's theme "No Barriers. New Business." reflects a commitment to create the first - and most important - must-attend market of the year for the linear and digital content communities, and increasingly for advertisers and brands. NATPE breaks down the barriers by setting new expectations and possibilities, and creates the big-tent environment where deals start, and then get done across every platform.

The annual Market and Conference will once again be held at the Fontainebleau Resort, Miami Beach (January 27-29, 2014). NATPE also produces two other annual events; NATPE-Europe (summer, 2014) the premier market for the dynamic and evolving content industry centered in the CEE; and PitchCon (Los Angeles) a program development accelerator for new TV and digital video content ideas. Visit us at www.natpe.com.