"PacTV New York is located in the heart of Manhattan, the global epicenter for all things broadcast," says Nick Castaneda, vice president, business development, Pacific Television Center. "Our clients rely on us to help them capture, create, broadcast and transmit their content around the world. Whether we are supporting broadcasters for a major news event, such as the recent Boston Marathon bombings, or distributing Major League Baseball coverage to Australia, our clients expect a high level of service. With this expansion, PacTV and its clients can do more and do it better."

The new HD studio is equipped with a Sony HXC100 1080 50i- or 60i-capable camera, enabling PacTV to shoot content natively in either format without the need for conversion-minimizing any delay in delivery. This is especially important for the company's clients in Europe, Asia, Africa and Australia.

The new HD control room allows the staff to manage remote productions in both HD and SD. Its new FOR-A HVS-300HS mixer takes up to 16 sources from around the world and allows PacTV to maximize its fiber network in a production setting. As a result, PacTV New York has now doubled its monitoring ability inside the master control room. This way, it can easily monitor networks in Washington, D.C., Toronto, London and Los Angeles.

All of these enhancements are part of PacTV's company-wide commitment to providing its clients with the best service possible, in a comfortable environment. Some of PacTV New York's major clients include Channel 7 Australia, ITV Daybreak, Television New Zealand, Al Jazeera, ESPN, CNBC Asia and the publicity departments for ABC and FOX. 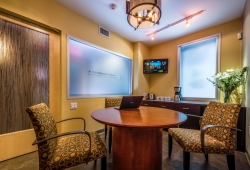 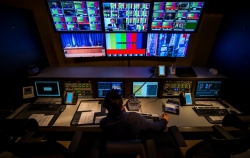 ABOUT PACIFIC TELEVISION CENTER
For more than 30 years, Los Angeles-based Pacific Television Center has been a leading transmission and live production provider to the global broadcast industry offering its clients around-the-clock support and services in fiber connectivity, downlinks, satellite coordination, receive and records, multi-format tape play outs, live shots, satellite media tours and voiceovers. On a local level, its broadcast facility in Los Angeles connects to the ATT/PacBell Hollywood Hub and The Switch Los Angeles; in New York, it connects to Ascent Media Waterfront, The Switch New York and Azzurro; and in London, its facility has multiple circuits to and from BT Tower. Additional services include the PacTV Pools in Los Angeles, remote location production via Western Pacific Mobile Microwave in Los Angeles, and a fiber network to several countries including the UK, Australia, New Zealand, Canada and France. The company's solid reputation has led to successful relationships with major networks including ABC, CBS, NBC, FOX, ESPN, CNN, BSkyB and BBC in the UK, Network TEN in Australia and Sky in New Zealand as well as top carriers including SingTel, SES World Skies, BT, Nexion, XO Communications, Aldea, Colt, Verizon, and Level 3/Vyvx. For more information regarding Pacific Television Center, visit www.pactv.com.