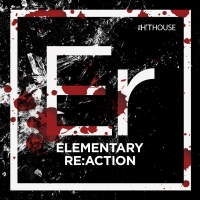 The Hit House is thrilled to announce the release of the company's latest music library, "ELEMENTARY RE:ACTION."

"It's more than gas. It's more than liquid. It's more than solid. The new library provides eleven volatile tracks, created note-by-note, and molecule-by-molecule, to blow everything they touch away," says Scott Miller, Creative Director at The Hit House.

"Our new 'ELEMENTARY RE:ACTION' library offers the ultimate catalyst to ignite your next action trailer. So take a deep breath. Turn it up. And start experimenting for yourself," said Sally House, Executive Producer.

The brazen attitude of all the tracks the new "ELEMENTARY RE:ACTION" speak for themselves. And when you hear them, you'll appreciate why these powerful compositions have titles like Helium, Cobalt, Xenon, Sulfur, Aluminum, Phosphorus, Nitrogen, Oxygen, Boron, Neon and Iron. Adds Miller, "Let's just say, they do not hold anything back!"

And it's hardly surprising that The Hit House recently licensed "Basalt," from their "RE:ACTION EARTH" library, for use in the award winning Iron Man 3 Theatrical Trailer.

About The Hit House
The Hit House is a premier custom music and sound design company in Los Angeles that specializes in trailer and commercial music. Their recent work has been used in national and global television campaigns for clients such as Lexus, Pepsi, Porsche, and Red Bull, and in motion picture campaigns for films like Iron Man 3, The Lone Ranger, Despicable Me 2, Epic, Upside Down, and Bully, among others.