Using Carnets on the Balkan Peninsula

Using Carnets on the Balkan Peninsula 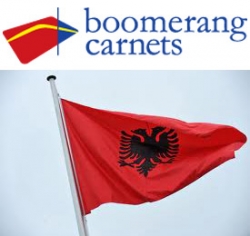 The addition of Albania to the ATA Carnet system on February 25th, 2013 is the final piece to the puzzle of carnet countries on the Balkan Peninsula. Albania now joins the other nine Balkan countries in issuing and accepting carnets and makes it possible to travel, exhibit and shoot throughout the region using an ATA Carnet, The Merchandise Passport.

Not only will Albania's membership benefit business travel amongst those countries, it will assist U.S. film and T.V. producers to shoot throughout region. Now, crews and their equipment can travel from the U.S. and throughout the Balkans (Albania, Bosnia & Herzegovina, Bulgaria, Croatia, Greece, Macedonia, Montenegro, Romania, Serbia and Turkey) using a single customs document to clear customs without paying import duties or taxes.

The addition of Albania is timely for U.S. producers since the region has been cited by the New York Times as portending a new wave of Balkan cinema on the world stage and therefore receptive to co-production from North America.

Albania is the newest and 72nd member country of the ATA Carnet system and the first new member since 2011 when Mexico and Bosnia and Herzegovina joined the system. If you have previously been issued an unexpired carnet, as of February 25th 2013, that carnet is valid for use in Albania. This is regardless of the fact that Albania is not yet printed on the list of carnet countries on the carnet General List.

For additional information on carnets to Albania, contact the Carnet HelpLine at (800) ATA-2900.