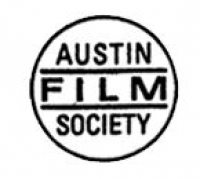 Two-time Oscar-winning screenwriter and legendary director Quentin Tarantino (Django Unchained, Inglourious Basterds, Pulp Fiction) will attend the 13th Annual Texas Film Hall of Fame Awards on March 7th to present the Star of Texas Award to Richard Linklater's Dazed and Confused on the occasion of the film's 20th Anniversary. Tarantino made his love for Linklater's film public in a 2002 Sight and Sound poll naming it on his list of the top ten films of all time.

The Austin Film Society is also commemorating the film's 20th Anniversary with screenings and a Dazed and Confusedcast reunion at the Marchesa Hall and Theatre on March 6th, the eve of the Hall of Fame.

About the Texas Film Hall of Fame Awards
The Texas Film Hall of Fame Awards is the premier celebration of film artists in the State of Texas. The event brings together legends of cinema, television and music for an unforgettable evening of festivities benefitting the Austin Film Society's programs for emerging filmmakers. All of the proceeds from the gala support AFS film grants and education, discovering and funding talented Texas artists, often launching their filmmaking careers.

The Texas Film Hall of Fame is one of Austin's most highly anticipated gala events. This year's event heralds Austin Studios' expansion. The Austin Film Society plans to convert the former National Guard Armory into a creative media hub where diverse filmmakers and cinephiles can meet, inspire, teach and support one another. To celebrate this milestone, AFS will magically transform Stage 7 into an elegant gala setting, featuring delicious cuisine, cocktails and wine and a lively awards show.

About Austin Film Society
The Austin Film Society empowers our community to make, watch and love film and creative media. Through Austin Studios, which AFS opened in 2000 through a partnership with the City of Austin, AFS attracts film development and production to Austin and Texas. Gala film premieres and the annual Texas Film Hall of Fame Awards raise funds and awareness of the impact of film on economy and community. Austin Film Society is ranked among the top film centers in the country and recognized by the National Endowment for the Arts and Directors Guild of America. For more information on the Austin Film Society, visit www.austinfilm.org.