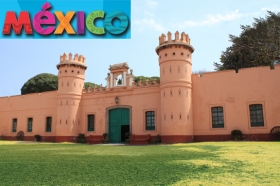 The Program for the High Impact Film and Audiovisual Industry (ProAV Fund) has reduced the minimum spend required for audiovisual projects to qualify for a cash reimbursement. In the pre-production and production phases, the minimum fell from 70 million pesos (MP) to 40MP and in its post-production phase, the minimum declined from 20MP to 10MP which also applies to video games and animation projects. A combination of both may be applicable in which case the minimum would be 40MP.

The amendment seeks to broaden the range of projects benefiting from the incentive, giving the opportunity to those low and medium budget productions constantly being made in Mexico and not reaching the minimum required by ProAV, but still entitled to the VAT refund. Among those expected to benefit from the new entry point are U. S. independent films, European productions and, of course, privately funded Mexican projects, plus television pilots/series, commercials and music videos.

In regards to post-production, it is contemplated that Mexican VFX companies will prove to be even more attractive for big Hollywood productions that have already used their services in our country (The Curious Case of Benjamin Button and Tron, to name a few).

Additionally, we have implemented a "bundling" mechanism to package several proj-ects in order to qualify for the rebate, from which smaller companies will also profit.
The program, which was announced by President Felipe Calderon, on March 9th 2010 in Rosarito, Baja California, seeks to boost and strengthen the advantages of shooting and developing projects in Mexico to promote economic growth and job creation through films and audiovisual productions.

Since the creation of this program, six feature films have already benefited from this incentive: "Elysium" (US), Malinche (Mexico), "Sur la piste du Marsupilami" (FR), "Colombiana"(FR), "Cristiada/For Greater Glory" (Mexico) and "Get the Gringo" (US).