Felicia Day to be 2013 International CES® Entertainment Matters Am 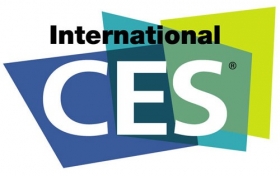 The Consumer Electronics Association (CEA)® announced today that actress Felicia Day, creator and star of the hit web series "The Guild," will serve as the Entertainment Matters Ambassador for the 2013 International CES®. Entering its third year, Entertainment Matters at CES is designed by and for Hollywood's film, television and digital communities. Owned and produced by CEA, the 2013 International CES is the world's largest and most important consumer technology event that will take place January 8-11, 2013, in Las Vegas, Nevada.

"As an entrepreneurial and innovative content creator, Felicia Day is an extremely relevant ambassador for the 2013 CES Entertainment Matters program," said Karen Chupka, senior vice president, events and conferences, CEA. "Her success on the internet, in Hollywood and in technology underscores her deep understanding of the intersection of content and technology and makes her a perfect ambassador. Day's experience as an actress and content creator exemplifies the focus and goals of our Entertainment Matters program."

Day has appeared in numerous television shows and films, most recently guest starring on the CW show "Supernatural," and completing a two-season arc on the SyFy series "Eureka." She is best known for creating and starring in the hit web series "The Guild," currently in its sixth season of production. "The Guild" has been the recipient of various awards for web video excellence including an award for "Best Comedy Web Series" at the International Academy of Web Television (IAWTV) Awards at the 2012 International CES.

Day is also the executive producer of Geek & Sundry, a premium YouTube channel that features a slate of seven shows, including "The Flog," which Day hosts. Since it launched in April 2012, the channel has garnered more than 350,000 subscribers and 24 million views. In 2008, Day co-starred in Joss Whedon's Internet musical "Dr. Horrible's Sing-Along Blog," which won an Emmy in 2009.

"I'm thrilled to be working with CES as this year's Entertainment Matters Ambassador," said Day. "The programming and content planned for the event this year is a true celebration of how technology is transforming the way we experience entertainment. CES is the perfect place to highlight this turning point in our creative landscape, and I can't wait to be part of it."

The Entertainment Matters program at the 2013 CES provides a content-focused CES experience for film, television and digital entertainment professionals. This year, the program features a variety of events and conference sessions, including: TweetHouse Presents, Innovations in Social Business, Digital Hollywood, Content in the Cloud, Variety's Entertainment Summit: Film & Technology and the 2013 IAWTV Awards Gala.

CEA is expanding its content-focused tracks by introducing a new conference track, Content and Disruptive Technologies. This new track will included five sessions:

Privacy and Security in the Cloud - Learn about the steps being taken to protect privacy and secure personal data among consumers who increasingly use cloud services to archive and share data or download and stream movies and music.

How the Cloud Is Changing Hardware - Explore how cloud-based platforms like Good, iCloud and OnLive are changing computers and electronics devices.

Anytime Anywhere Content - Viewers are increasingly turning to non-traditional ways to watch programs. Content providers and device manufacturers examine how and where the public is getting content today and which delivery platforms are poised for growth.

Reinventing TV through Streaming - Key industry players debate the impact that streaming content through services like Netflix, Hulu and mobile TV has on viewing habits and what it means for traditional content delivery systems.

Rise of the Second Screen: What it means To Engage the Viewer - Experts explore the trend of Americans tuning into their favorite shows with a smartphone or tablet in hand. They will shed light on what "media stackers" are doing on their second, third and fourth screens
Attendees can check out content exhibits all over the CES show floor. TechZones like the new CloubBase3 Apps TechZone will display the newest and hottest products in content technology. For more information on TechZones and product categories, check out the official CES Show Floor page.

Note to Editors: The official name of the global technology event is "International CES." Subsequent references to the show can be shortened to "CES." Please do not use "Consumer Electronics Show" to refer to the International CES.

About CEA
The Consumer Electronics Association (CEA) is the preeminent trade association promoting growth in the $206 billion U.S. consumer electronics industry. More than 2,000 companies enjoy the benefits of CEA membership, including legislative advocacy, market research, technical training and education, industry promotion, standards development and the fostering of business and strategic relationships. CEA also owns and produces the International CES - The Global Stage for Innovation. All profits from CES are reinvested into CEA's industry services. Find CEA online at www.CE.org and www.DeclareInnovation.com. Follow CES at www.CESweb.org and through social media: .