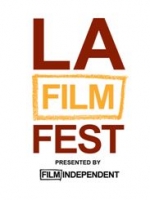 Today the Los Angeles Film Festival, in conjunction with Presenting Media Sponsor the Los Angeles Times and Host Partner L.A. LIVE, announced that Chris McGurk, Chairman and CEO of Cinedigm Entertainment Group, will be the Keynote Speaker for the 2012 Festival. The Keynote serves as a kick-off to multiple panels and conversations running for a week during the Festival that gives movie lovers and emerging filmmakers a behind-the-scenes look at the entertainment industry. Coffee Talks, a Poolside Rant and free Spotlight on the Craft and Cafe Latino panels all feature some of today's most fascinating film personalities discussing their craft with their peers in a fun and accessible environment. In addition, comedian Marc Maron will pull back the curtain on his wildly popular "WTF with Marc Maron" podcast by recording an episode in front of a live audience at the Festival.

"The LA Film Fest is a unique opportunity for us to share with a wider audience what Film Independent does year-round for filmmakers-go behind the scenes to provide a comprehensive view of the art and craft of filmmaking. This year, we have a wide selection of panels that explores online short storytelling, animation, television, cinematography and sound with some of the top leaders in their field," said Maria Bozzi, Film Independent's Director of Education.

McGurk will present his Keynote Speech on June 16 about the art and business of independent film by addressing the Renaissance of Indie Film. It will also serve to open a full day of panels presented by different film organizations at the AFCI Locations Show, which runs June 15-16 at the Los Angeles Convention Center. The Los Angeles Film Festival Keynote is recognized in the filmmaking community as the mid-year, state-of-independent-film address, with past speakers including Graham Taylor, Jim Stern, Mark Gill, Ted Hope, Ron Yerxa and Albert Berger. With over 25 years of experience in senior leadership positions at MGM Studios, Overture Films, Anchor Bay Entertainment, Universal Studios, Disney Studios, Pepsico and Price Waterhouse, McGurk is well-versed in all areas of the entertainment business, including financing, marketing and globally releasing entertainment projects as diverse as big budget blockbusters, social action documentaries, horror pictures, network and syndicated TV series and independent films.

On June 19, Marc Maron brings his wildly popular and critically acclaimed "WTF with Marc Maron" podcast to the Festival by recording an intimate conversation in front of a live Festival audience with a special guest. Maron's 25-year career in comedy has exploded in recent years, thanks to his hilariously irreverent and refreshingly honest podcast. Past guests have included comedians, actors and artists, such as Judd Apatow, Louis CK, Jon Hamm, Patton Oswalt and Amy Poehler.

With the Poolside Rant on June 23, gather at the JW Marriot ION Rooftop Pool Bar where the Festival brings together a group of comedians to riff about movies in general, and what bugs them in particular. The Poolside Rant is sponsored by JW Marriot Los Angele L.A. LIVE.

For Spotlight on the Craft, free multiple panels will be held that explore the various filmmaking tools and digital technologies that have revolutionized the way we make and see movies. The Festival will explore the impact these changes bring to the craft and the process, and help deepen one's understanding of what happens behind the screen.

"Kodak Focus" on June 23 will shine the spotlight on Oscar-winning cinematographer Wally Pfister (Inception, Moneyball), best known for his long-time collaboration with director Christopher Nolan. He will discuss his craft, his career and screen highlights from his work.

On June 17, "In the Air and On the Go: Pioneer Filmmaking," sponsored by Virgin America, will include a screening of the short film Departure Date, the first film to take extreme location shooting (and editing) to a new high: 35,000 feet, and clips from the feature film Olive, which is the first full-length film shot entirely on a camera phone. Hear from directors Kat Coiro, Hooman Khalili and their cinematographers Doug Chamberlain and Patrick Gilles about how they pulled it off.

"The Sound of Stories," on June 23 and sponsored by Dolby Laboratories, will bring together filmmakers, sound designers, technology innovators and industry experts to speak about what's involved in achieving the ultimate immersive sound. Carolyn Giardina (Contributing Editor, Tech, The Hollywood Reporter) will be moderating, with panelists to be announced.

On June 21, "Talk Score To Me: Emerging Filmmakers on Collaborating with Composers," sponsored by ASCAP will bring together Film Independent's Project Involve Fellows for a screening and discuss on collaboration between directors and composers and their experience in the inaugural ASCAP/Project Involve Composers Workshop. Panelists include Project Involve Fellows Erin Li, Mason Richards, Susana Casares, Aaron Celious and ASCAP composers Dan Mufson, Robert Allaire, Kevin Teasley and Sarah Schachner.

To keep track of all the fun happenings at the Los Angeles Film Festival, iPhone users can now download the official mobile app by visiting the App Store. Features include a real-time, searchable film guide, ability to customize a personal schedule, purchase tickets, stream trailers, navigate the L.A. LIVE campus and parking, find Festival discounts at downtown restaurants, and engage with the Festival via Facebook, Twitter, Instagram and Pinterest. To access features of the iPhone app on other mobile devices, visit http://lafilmfestival.quickmobile.net/

Returning to downtown Los Angeles and headquartered at L.A. LIVE for a third year, the Festival will run from Thursday, June 14 to Sunday, June 24. Now in its eighteenth year, the Festival is widely recognized as a world-class event, showcasing the best in new American and international cinema, and is produced by Film Independent, the non-profit arts organization that also produces the Spirit Awards.

Passes and tickets are currently on sale to Film Independent members and the general public. In addition to screenings and events, Festival passes provide access to a series of networking receptions and entry to the Filmmaker Lounge, where Festival pass holders can interact with Festival filmmakers and professionals in the film community. Contact the Ticket Office for passes, tickets and event information by calling 866.FILM.FEST (866.345.6337) or visit LAFilmFest.com.

For the seventh year, the Los Angeles Times will serve as the Festival's Presenting Media Sponsor and will once again produce the Official Film Guide, the comprehensive source for all movie info, screenings, locations and related special events. The Film Guide will top the paper on Sunday, June 10 in Los Angeles and Orange County, and will be made available throughout downtown Los Angeles during the ten-day event.

ABOUT THE LOS ANGELES FILM FESTIVAL
Now in its eighteenth year, the Los Angeles Film Festival, supported by L.A. LIVE and The Los Angeles Times, is widely recognized as a world-class event, showcasing the best in new American and international cinema and providing the movie-loving public with access to some of the most critically acclaimed filmmakers, film industry professionals, and emerging talent from around the world.

More information can be found at www.LAFilmFest.com.

ABOUT FILM INDEPENDENT
Film Independent is a non-profit arts organization that champions independent film and supports a community of artists who embody diversity, innovation, and uniqueness of vision. Film Independent helps filmmakers make their movies, builds an audience for their projects, and works to diversify the film industry. Film Independent's Board of Directors, filmmakers, staff, and constituents, is comprised of an inclusive community of individuals across ability, age, ethnicity, gender, race, and sexual orientation. Anyone passionate about film can become a member, whether you are a filmmaker, industry professional, or a film lover.

For more information or to become a member, visit FilmIndependent.org.

ABOUT THE LOS ANGELES TIMES
The Los Angeles Times is the largest metropolitan daily newspaper in the country, with a daily readership of 1.9 million and 2.9 million on Sunday, more than 17 million unique latimes.com visitors monthly and a combined print and online local weekly audience of 4.4 million. The Pulitzer Prize-winning Times has been covering Southern California for more than 130 years.

The Los Angeles Times Media Group (LATMG) businesses and affiliates also include The Envelope, Times Community News, LA, Los Angeles Times Magazine and Hoy Los Angeles which, combined with the flagship Los Angeles Times, reach approximately 5.1 million or 38% of all adults in the Southern California marketplace. LATMG also owns and operates California Community News as well as Tribune Direct's west coast division and is part of Tribune Company, one of the country's leading media companies with businesses in publishing, the Internet and broadcasting. Additional information is available at http://latimes.com/aboutus.