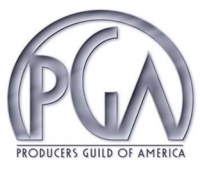 The Producers Guild of America announced today that it has shifted the 24th Annual Producers Guild Awards ceremony to take place on Saturday, January 26, 2013 at the Beverly Hilton Hotel. Additionally, Producers Guild Presidents Hawk Koch and Mark Gordon announced that the 2013 awards program, which honors excellence in motion picture and television production, will be produced by Academy-Award® nominated producer Michael De Luca.

"Michael is an original, creative producer with some of the most impressive credits in the
business and we're thrilled he has accepted our invitation to produce the 2013 Producers
Guild Awards show," said Koch and Gordon. "We're certain that with his fresh approach
the Producers Guild Awards will continue to be one of the best industry awards events of
the year."

"I'm energized to help recognize this year's most deserving creative storytellers, and I'm honored the Producers Guild has chosen me to take on this existing task. I can't wait to
get started," said De Luca.

De Luca began his career at New Line Cinema working on the NIGHTMARE ON ELM STREET series but quickly rose to head of production there, green-lighting in short order THE MASK and DUMB AND DUMBER for an ascendant Jim Carrey. He followed those hits with successes as diverse as SEVEN, BOOGIE NIGHTS, PLEASANTVILLE, BLADE I and II, and AUSTIN POWERS I and II. He has also launched or helped advance the directing careers of some of today's most celebrated filmmakers including David Fincher, Paul Thomas Anderson, Jay Roach, Gary Ross, and Guillermo Del Toro. In 2003 he become head of production for DreamWorks Pictures, where he green-lit both classic Will Ferrell hits OLD SCHOOL and ANCHORMAN. Most recently De Luca produced Academy-Award® nominated films MONEYBALL and THE SOCIAL NETWORK. Additional producing credits include MAGNOLIA, AMERICAN HISTORY X, WAG THE DOG, I AM SAM, HEDWIG AND THE ANGRY INCH, 21 and GHOST RIDER I and II, among others.

About the Producers Guild of America
The Producers Guild of America is the non-profit trade group that represents, protects and promotes the interests of all members of the producing team in film, television and new media. The PGA has over 5,000 members who work together to protect and improve their careers, the industry and community by providing members with health benefits, employment opportunities, the creation of fair and impartial standards for the awarding of producing credits, as well as other education and advocacy efforts such as promoting sustainable production practices. Visit www.producersguild.org and www.pgagreen.org for more information.