Get your Translations Correct the First Time!

Get your Translations Correct the First Time! 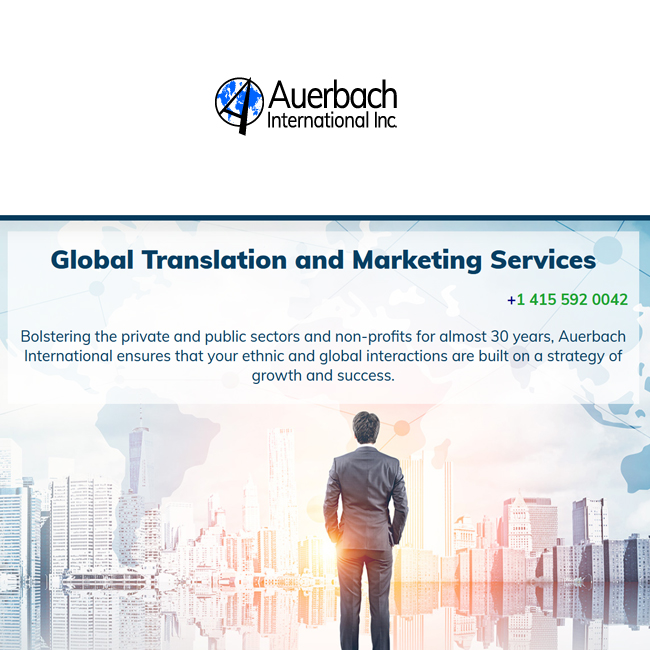 Whether for your next Movie / Production Project or any of your Translation Needs, getting communications right is very difficult .. as the Ode to English below illustrates. To ensure your communications are done correctly - from or into 80 languages - rely on the 30 years of professional experience from Auerbach International.

We'll begin with a box and the plural is boxes
But the plural of ox becomes oxen, not oxes
One fowl is a goose, but two are called geese
Yet the plural of moose should never be meese.

If I speak of my foot and show you my feet,
And I give you a boot, would a pair be called beet?
If one is a tooth and the whole set are teeth,
Why shouldn't the plural of booth be called beeth?

Then one may be that, and three would be those,
Yet hat in the plural would never be hose
and the plural of cat is cats, not cose.

We speak of a brother and also of brethren,
But though we say mother, we never say methren.
Then the masculine pronouns are he, his and him,
So why isn't the feminine she, shis and shim?

English is a crazy language. It's astonishing that foreigners can learn it.

If teachers taught, why didn't preachers praught?
If a vegetarian eats vegetables, what does a humanitarian eat?
People recite at a play but play at a recital.

We ship by truck but send cargo by ship.
We have noses that run and feet that smell.
We park in a driveway and drive on a parkway.
A house can burn up as it burns down.

You fill in a form by filling it out.
And an alarm goes off by going on.
If Father is Pop why isn't Mother called Mop?

Plus we have some crazy puns...


Two silk worms had a race. They ended in a tie.
She was a whiskey maker but he loved her still.
A dog gave birth near a road and was cited for littering.
A lawn sign at a drug rehab center said, "Keep off the grass."
A hole was found on a nudist-camp wall. The police are looking into it.