By: The National Association of Music Merchants | December 30, 2019 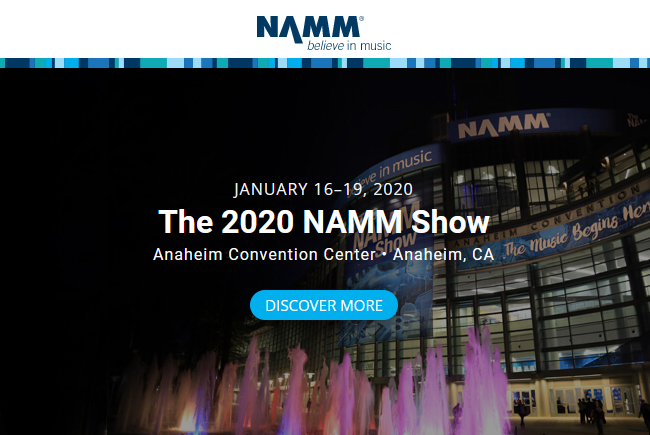 Hailed as the most important and influential female recording artist of the late 20th century, inspired folk artist and pioneer Joni Mitchell will receive the prestigious Les Paul Innovation Award at the 35th Annual NAMM Technical Excellence & Creativity Awards (NAMM TEC Awards), being held Saturday, January 18, 2020 in Anaheim, California. The award is given on behalf of the Les Paul Foundation to honor individuals that have set the highest standards of excellence in creative application of artistry in the spirit of the famed audio pioneer, inventor and musician, Les Paul.

"We are excited that Joni will be the recipient of the prestigious Les Paul Innovation Award," says Michael Braunstein, Executive Director of The Les Paul Foundation. "Like Les, she has been a trailblazer and a true renaissance woman - a songwriter, musician, producer and influencer who made her mark with very influential songs in the 60s. She has pushed the boundaries of what it means to be a female singer-songwriter over the course of her four decade career, and like Les Paul, she's never been scared to take creative risks. We are thrilled that Joni Mitchell will join the list of extraordinary recipients that represent the spirit of the legendary Les Paul."

"Thank you for this honor," said Mitchell. "I'm grateful for being appreciated." 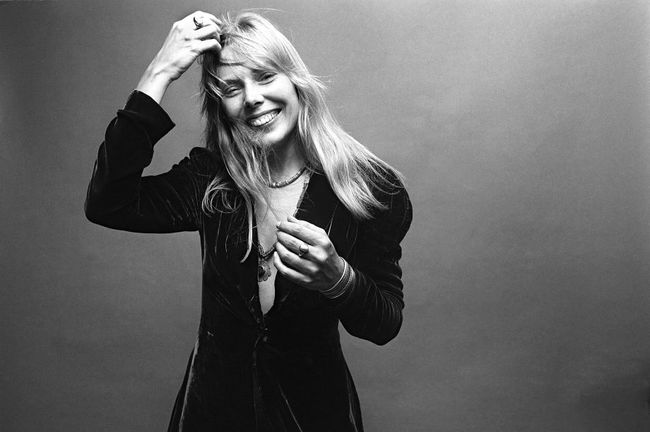 A consummate artist, Roberta Joan Anderson is an accomplished musician, songwriter, poet and painter. An only child, Joni's artistic talents blossomed early as she began drawing as a young child. Always a lover of music, it wasn't until high school in Saskatoon, Saskatchewan that Joni began performing. She bought a ukulele and soon began playing in the local club, The Louis Riel, in 1962.

Heading to art school in Calgary after graduation, Joni auditioned at a coffeehouse called The Depression and immediately landed a regular gig there. Weighing two viable career options - art or music - she decided to focus on the latter. In 1964, Joni moved to Toronto and immersed herself in the fledgling Yorkville folk scene - performing in coffeehouses along with other fellow unknowns Neil Young and Gordon Lightfoot. It was during this time that Joni's songwriting skills began to emerge.

Moving stateside in 1965, Joni worked the coffeehouse circuit for the next three years - playing as many as twenty sets a week. David Crosby caught her performance in a Florida club in 1967, was 'stunned' by her talent, and invited her to Los Angeles.

Soon thereafter Joni signed with Reprise Records. Her first record, Song to a Seagull,was released in 1968. A wholly original masterpiece buoyed by her unique songwriting and guitar style, this album still sounds fresh and timeless 50 years on.

Joni Mitchell went on to serve as producer for most of her subsequent albums. She produced and recorded Blue (1971), a unique collection of songs, performed with an emotional honesty that resonated with a wide audience. Blue is considered by many critics to be one of the best LPs of pop music ever created.

Joni's most commercially successful LP, Court and Spark (1974) was created with the jazz-fusion group The LA Express. The Hissing of Summer Lawns (1975) steered her away from traditional pop forms into formats of complex lyrics and melodies, accompanied by a variety of jazz musicians. Her album Hejira (1976) shed much of the instrumentation creating a minimalist recording with an expansive ambience achieved with the help of her sound engineer, Henry Lewy, by overdubbing Joni's electric rhythm guitar. In 1978 one of jazz's great geniuses, Charles Mingus approached Joni to propose a collaboration. The result was Mingus (1979), released shortly after Mingus's untimely death from ALS.

Dog Eat Dog (1985) featured Joni's exploration of sociopolitical themes set to complex synthesizer arrangements. In the 1990s her acoustic guitar playing came back to the forefront and produced the Grammy winning Turbulent Indigo(1994). She has also recorded an orchestral retrospective, Travelogue(2002), two live recordings, Miles of Aisles(1974])and Shadows and Light (1980), and an orchestrated collection of popular music standards, Both Sides Now(2000). In 2007 the Alberta Ballet Company staged the ballet "The Fiddle and the Drum," choreographed to a collection of Joni Mitchell's recordings. Her last recording of new material was 2007's Shine.

Although Joni's sophisticated music rarely topped the pop charts ("Help Me" reached #7 in 1974), many of her songs have become classics. "River," "Big Yellow Taxi," and "A Case of You" are instantly recognizable. "Woodstock" has become the anthem of the 60's counter-culture movement and "Both Sides Now" has been recorded more than 1,250 times by other artists.

Three Junos, nine GRAMMYS®(plus their Lifetime Achievement Award), the Governor General's Award for Lifetime Artistic Achievement, the Canadian Music Hall of Fame and Songwriter's Hall of Fame, the Rock and Roll Hall of Fame, and a Polar Music Prize are but a few of Joni's awards and accolades. With this award, Mitchell will join the likes of Peter Frampton, Jackson Browne, Joe Perry (Aerosmith), Don Was, Slash, Todd Rundgren, Pete Townshend, Steve Vai and others, as a Les Paul Innovation Award honoree.

The NAMM TEC Awards, held during the global gathering of music, sound and event technology at The NAMM Show, are bestowed annually in honor of the many individuals, companies and technical innovations used in sound recordings, films, broadcast television and video games. Nominees were announced earlier this year. Purchase tickets on site or in advance here for $65 (General Admission) or $195 (VIP). The show begins with a VIP-only reception at 6PM, followed by the awards ceremony at 7PM, held in the Hilton Anaheim Hotel's Pacific Ballroom. Portlandia co-creator, Saturday Night Live alumnus and drummer, Fred Armisen will host the event.

ABOUT THE TEC AWARDS

Presented annually by the NAMM Foundation during The NAMM Show, The NAMM TEC Awards recognizes the individuals, companies and technical innovations behind the sound of recordings, live performances, films, television, video games and other media in 23 Technical and 8 Creative Achievement Categories. The Les Paul Innovation Award is given at the event in tribute to musical artists and others whose work has exemplified the creative application of audio technology. Through its Hall of Fame, The TEC Awards also honors the pioneers of audio technology and the music industry's most accomplished producers and audio technicians. The NAMM Foundation's TECnology Hall of Fame celebrates innovations and ground breaking technical achievements of the past. For more information, visit www.tecawards.org

The National Association of Music Merchants (NAMM) is the not-for-profit association with a mission to strengthen the $17 billion music products industry. NAMM is comprised of approximately 10,300 members located in 104 countries and regions. NAMM events and members fund The NAMM Foundation's efforts to promote the pleasures and benefits of music, and advance active participation in music making across the lifespan. For more information about NAMM, please visit www.namm.org, call 800.767.NAMM (6266) or follow the organization on Facebook, Instagram and Twitter.