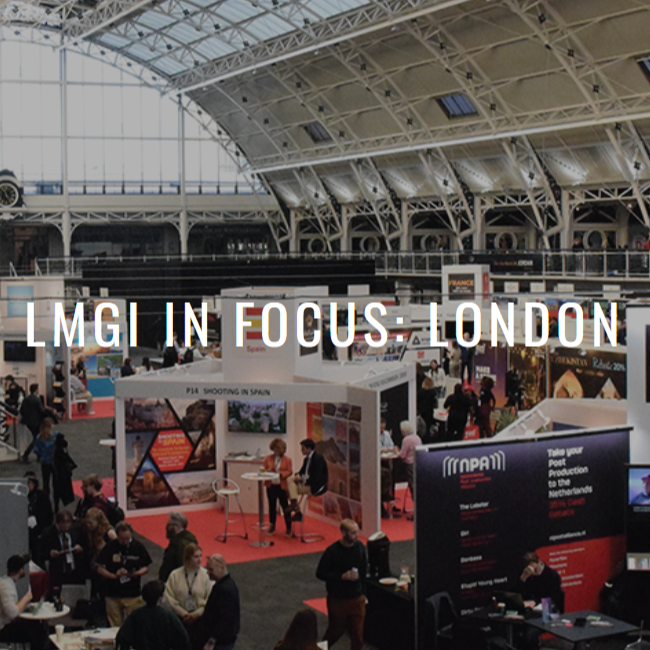 FOCUS: the Meeting Place for International Productionbroke all of its attendance records, a 30% increase over 2018, and the Guild was front and center. LMGI Board Member Georgette Turner spear headed the event, staffing the booth with a dedicated group: Tom Howard, Mick Ratman, James Davey, Tom Davey, Jessica Wright, and Aliya Parvez. The expanded conference schedule, networking events, and panels were all well attended. Over the course of two days, more than 3,400 production professionals from more than 80 countries filled London's bustling Business Design Centre.

Board Members John Rakich and Lori Balton joined Turner and LMGI Members Harriet Lawrence, Ben Ahmed and Markus Bensch on a number of SRO panels, including the LMGI Panel "A Tale of Four Cities," "Perception: the Politics of Locations," "Scaling up: the impact of a streamer in your local territory," and the Bectu Panel "Meet the Supervising Location Managers." Lawrence additionally held a Masterclass with the Designer (BIFA winner) Cristina Casali, on the Personal History of David Copperfield, as well as a short presentation about the need to train the next generation and the re-boot of her Assistant Location Managers Training course, sponsored by the UK Location Collective.

The LMGI booth had a consistent crowd throughout the show, with a good number of new member and business partners excited about joining. Members Trish Gray (New York), Jonas Spokas (Lithuania), Kristofer Piir (Estonia), and many of our UK members packed the meet and greet social. Many film commissions are planning fam tours with us. With countries new to incentives, we hope to work out educational seminars as well, for film commissioners and aspiring Location Managers.

Kudos and endless gratitude to our partners-the makers and shakers at the Location Guide for making this dream a reality. It was a testament to our solidarity, growth, and bringing attention to the fact that we are truly ambassadors to the world, celebrating excellence on location!