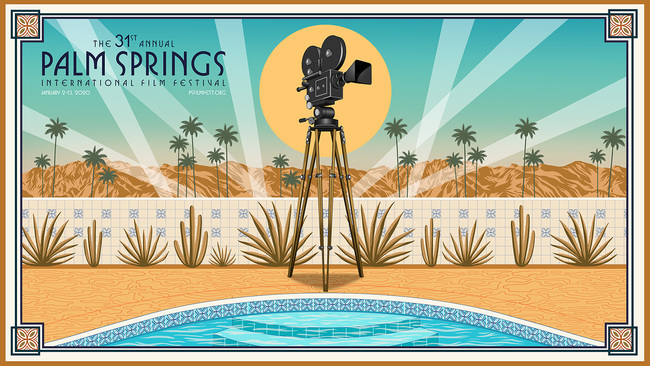 The Film Society produces The Palm Springs International Film Festival (PSIFF) every January, and Palm Springs ShortFest in June. In addition to curating the best in international cinema, PSIFF has come to be known as the first stop on the road to the Academy Awards® and our Oscar®-qualifying ShortFest is the largest short film festival and market in North America. Our festivals and year-round programs manifest our organization's mission by nurturing and encouraging new filmmaking talent, honoring the great masters of world cinema, and expanding audience horizons.

The biggest driver of the Palm Springs International Film Festival's emergence was, of course, Sonny Bono, who, in the late 1980s felt that a film festival was exactly the kind of event that might extend the truncated tourist season in Palm Springs, and generate the kind of publicity that would help put Palm Springs on the map as a tourism destination year-round.

The Palm Springs International Film Society is a 501(c)(3) charitable non-profit organization whose mission is to cultivate and promote the art and science of film through education and cross-cultural awareness.

Palm Springs International Film Society strives for a world in which enlightenment, knowledge and tolerance prevail. We believe film as an art form has the power to bridge cultures and illuminate the universality of the human experience.

The Palm Springs International Film Society enthusiastically pursues its artistic and public service goals; to enrich, to educate, to entertain, to initiate cultural dialogue and celebrate cinematic excellence in any language. Our principles objectives encompass promoting film to an ever-widening audience as a powerful medium that inspires creativity, encourages introspection and compels exploration. The Society aims for a leadership role in providing an extensive forum for multicultural exchange in the Coachella Valley and beyond.