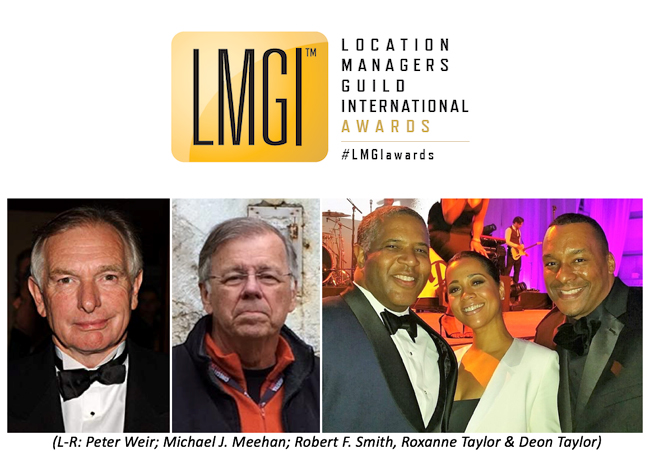 WHAT:
6TH ANNUAL LOCATION MANAGERS GUILD INTERNATIONAL (LMGI) AWARDS will honor international features, television and commercials in which the creative use of filming locations set the tone, enrich the character and enhance the narrative.

Presenters will be announced shortly.

TICKETS:
On sale now at locationmanagers.org/the-6th-annual-lmgi-awards-tickets/

ABOUT THE LMGI:
The Location Managers Guild International (LMGI) is an organization of experienced career professionals in the Motion Picture, Television, Commercial and Print production industries. LMGI members are dedicated to the establishment of professional standards of personal conduct, safety on the set and business ethics. They support the formation of strong links with business members, governmental agencies and local communities. The Guild promotes awareness of the goals and achievements of members to the general public and within the industry through creative, educational and philanthropic programs. The LMGI was founded in 2003 as a 501(c)(6), non-profit corporation as the LMGA and rebranded in 2016 to reflect its growing International membership. The LMGI is not a labor union, it does not represent Location Managers/Scouts in wage or working condition negotiations. For more information about the #LMGIawards, visit locationmanagers.org or follow the LMGI on Facebook, Twitter @The_LMGI and Instagram.