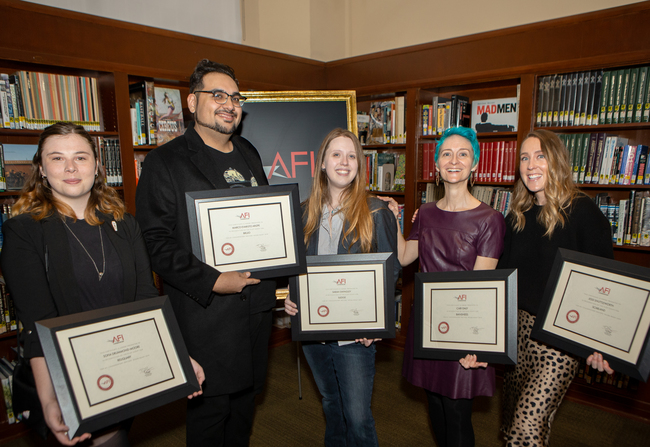 The Class of 2018 recipients, mentors and their projects are:

Chosen by a panel of AFI alumni, the recipients were announced and honored at a reception on the AFI Campus on Thursday, March 16.