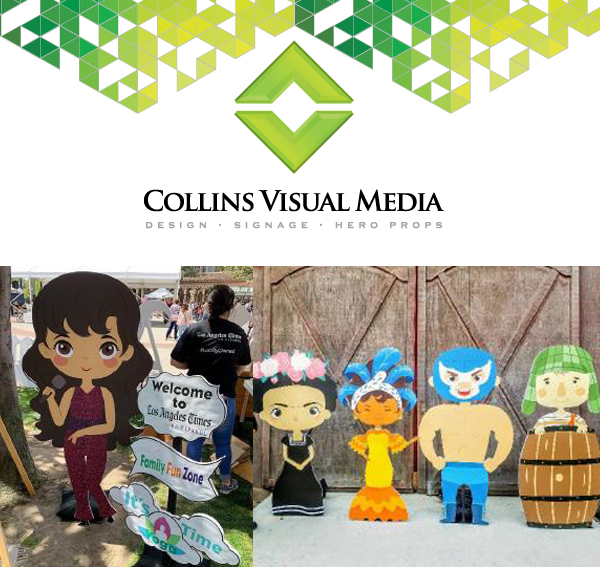 One of the most significant literary and cultural festivals in the nation was held April 13-14, 2019 on the campus of the University of Southern California. The 23rd annual Los Angeles Times Festival of Books was a free weekend of fun for all ages that brought together big-name special guests from across media with row after row of exhibitors, artists and live musical performances.

Included in the exhibits was Lil' Libros which produces bilingual books for children. Two mothers began their mission to introduce bilingualism and Latin American culture through picture board books. As a result, Lil' Libros was created to inspire parents to read to their children and encourage them to do so in two languages.

They believe children's books are seeds that, when nourished, allow for a child to turn their dreams into reality. Their goal is to make the world a better place by providing authentic stories that promote inclusivity and love.

Collins Visual Media helped to make their exhibit very popular by creating an 8' x 15' media wall of a library. In addition, they created five, life-size cutouts of characters from their books about Selena, Celia Cruz, Luchado, El Chavo and Frida.

Collins Visual Media is a full-service print facility, built on over 40 years of experience. High-end design, large-format prints, custom backdrops and signs, and hero props are their specialty.

Their slogan is "Fast, Beautiful and Dangerous". As most of their projects are for the film industry, they operate on an intense, fast basis with a can-do attitude. Customer service representative, Rachel Guerrero, had this to say, "You can rely on us for solutions and to get the job done. When others say "whatever", we say "whatever it takes".