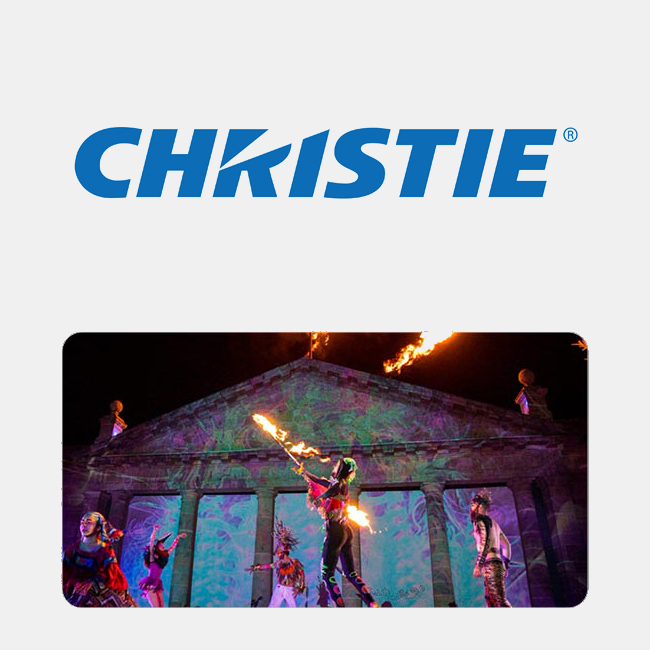 Boxer and Crimson projectors and Pandoras Box media servers play key role in the event's third year
Christie®, a leader in creating and delivering the world's best visual and audio experiences, is pleased to announce that it was the technology partner at GDLUZ, the recently held festival of light in Guadalajara, Mexico, for the third year running.

Organized by the company Alteacorp in conjunction with the local government, the festival celebrates the 477th anniversary of the founding of Guadalajara. Held in the city's old quarters, it featured 40 attractions inspired by light, making it Mexico's biggest night-time festival. The local people from Guadalajara, known as Tapatíos, were treated to an array of video mappings, multimedia shows, interactive projections, live music, art installations and performances which drew crowds of more than 1,100,000 over the course of the four days.

One of the festival's main attractions was a mapping projection at Instituto Cabañas, using a Christie Boxer 4K30 3DLP® projector with 30,000 lumens center and 4K resolution. "We opted for this particular projector because of its resolution and power," said Carlos Márquez, director of projections at Alteacorp, before adding that "it's a superb projector, easy to use and incredibly powerful. In my opinion it is one of the jewels in the crown of Christie."

Another of the show's strong points was the way people were able to interact with a different video mapping, which used a Christie Crimson WU25 3DLP® technology laser projector with WUXGA resolution and 25,000 center lumens. "In this case, we chose this equipment because of the short throw distance and the sharpness of the image," Márquez explained. "A really crucial factor in ensuring a truly successful interactive show was that the projector can reduce the projection area dynamically, and this allows you to concentrate the projection in a very short space." 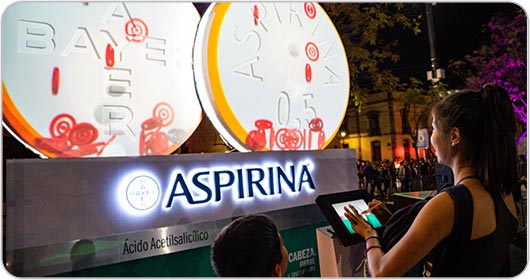 Alteacorp's director of projections was delighted with having Christie on board as GDLUZ's technology partner. "The truth is that we are more than happy with Christie's input to our festival, because it gives us the peace of mind you need when organizing such a complex project, as well as ensuring the visual wow factor our audiences have come to expect. I have only good things to say about my seven years' experience working with Christie technology. The combination of Christie projectors and Pandoras Box servers is the kind of guarantee you need for this kind of event."

Christie Digital Systems USA, Inc. is a global visual and audio technologies company and is a wholly-owned subsidiary of Ushio, Inc., Japan, (JP:6925). Consistently setting the standards by being the first to market some of the world's most advanced projectors and complete system displays, Christie is recognized as one of the most innovative visual technology companies in the world. From retail displays to Hollywood, mission critical command centers to classrooms and training simulators, Christie display solutions and projectors capture the attention of audiences around the world with dynamic and stunning images. Visit www.christiedigital.com.