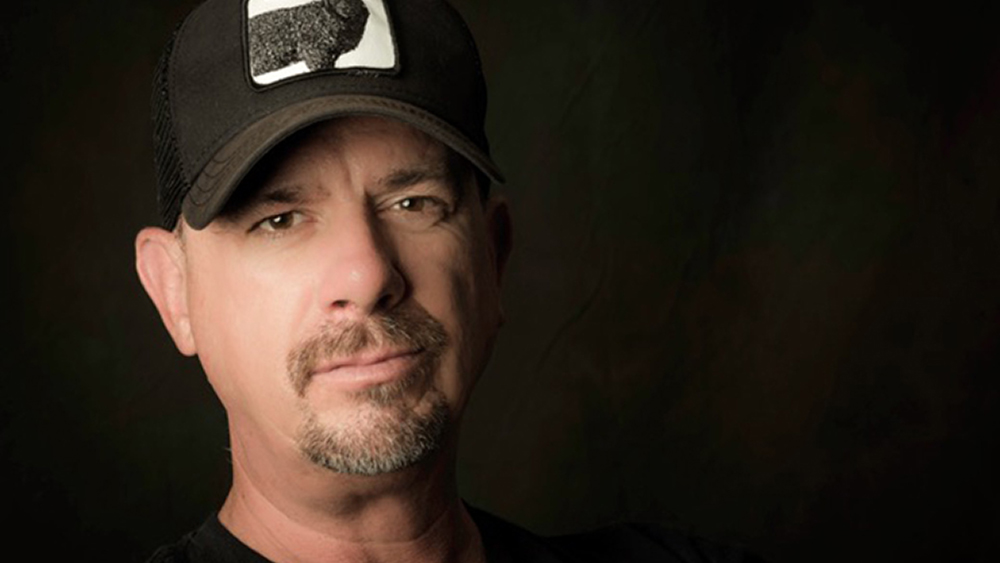 Wes Hagan is a successful location manager most commonly known for his work on the hit US TV series Ozark and the comedy The Internship. Here at Mandy News he talks about what it takes to be a location manager plus we get an exclusive insight into his new film Boy Erased starring Nicole Kidman, released in 2019.

Tell us how you got involved in location work for films and TV?
I'm Wes Hagan, I'm 47, and I've been doing locations for 20-plus years now. I started as a production assistant. I didn't really know what I was going to do at that point but I ran into a guy who was a location manager on a show that was understaffed and needed help. I helped him out as much as I could and the next thing I know, it was the next show. He called me to see if I wanted to be in locations. I told him "Sure, I'll give it a shot." I did that in 1996 and I've done locations, productions, supervised ever since.

So at what point during pre-production do you get involved?
It varies. Right now, I'm doing a lot of features…I'm doing a Warner Bros. feature with Ben Affleck. Sometimes we're the first with boots on the ground. I often get a call from the studio when they've got a script and they're not really sure where they want to go with it. They may have a couple of ideas and they'll employ me to do a location assessment. I'll read a script and obviously, with the nature of the business these days, we go to a rebate state where we can save a lot of money. We always look at those first.

Sometimes a story drives itself, so you go there. I recently did a HBO/JJ Abrams/Jordan Peele project, a pilot called Lovecraft Country and I'm sure they would have loved to go to a rebate state but it was set in '50s Chicago - so we shot there and in the surrounding areas. My process starts really early, sometimes with the director and the production designer already hired, sometimes before they've been hired - so I think that location managers have a really strong input into a project.

We often help create the look of a film, whether it's a stage or location film. I typically deal with shows that are heavily location-based with a little stage work, which I enjoy. Locations is my job after all! We get hired first and I'm usually one of the last men standing as well. I can be on a show for a year or six months - it varies with the nature of the project.

Could you sum up the skills that make a good location manager?
I think a good location manager stays in touch with the areas that they're presenting. I'm not versed in everything of course - not every state, not every country by any means. Atlanta, Georgia, was a place I've been very fortunate to get in early with back in 2010. I've done most of my work in the state of Georgia for the last six or seven years. I learned to process there. I know the state as well as I know California at this point, I'd say - the permit and rebate rules etc.

This film I'm on in California right now, we have to shoot 12 days outside of our comfort zone of 30 miles from the office, which is typical. Most places have a 30-mile zone that the company needs to work within. It's to prevent putting crew in housing and paying them extra per diem fees. For California, part of the incentive is that you go beyond that comfort zone and utilise under-used cities that may never have seen filming before. I think it's a good thing. So we have to do 12 days to qualify to get that incentive outside of the zone. That's California's rule at the moment for a number of different projects.

A good, experienced location manager can be dropped almost anywhere in the world and figure it out. Wherever you go, it's still a similar process. It's also about surrounding yourself with the right people. If it's somewhere you've never been before you want to look for recommended, knowledgeable locals. You try to employ them right away and hit the ground running a they can guide you to the right areas.

Management is management, you know? As a location manager, it's not much different managing a guy in Georgia to a guy in Los Angeles. You do it case by case.

So when it comes to something like working on Ozark, you have a show named after an area. Is it filmed there?
No, that's a good guess! We did a good job of making it look like the Ozarks. So, season 1, I did the pilot and the first season as well. We went to Missouri and shot Lake of the Ozarks. We brought Jason Bateman and some of the key players with us and hired some locals. I spent probably a month there in total, scouting and getting it all ready and we shot for maybe a week and a half.

During that time we established some really solid looks that we could pepper in throughout the series so we didn't have to go back all the time because Missouri is a long way away. It's not a rebate state but it is what our story's written about.

We're all very good at replicating looks. We found two lakes in Northern Georgia on the East and The West side of the state. One's called Lake Lenier and the other's called Lake Allatoona - we seamlessly blended those two lakes with footage here and there from the Ozarks and shot the entire project in Atlanta Georgia.

So when you look at the second series and already have a base where it's being shot, do you have new challenges finding different locations around the same area? How did the process of the second series work?
There are always challenges. Sometimes the writers reach out to us and ask for advice; if we've seen anything about the Ozarks in a book and if there's anything that they can write around.

The show also takes place in Chicago and Kansas City so we're also replicating those looks in Atlanta, Georgia. It's challenging but it's not super-hard. Atlanta's got a lot of great different looks as well as California. It doesn't get a lot of snow but it does get a lot of inclement weather. The leaves change there similar to how they do in Missouri, so it's a great state to be shooting the series - it's so similar terrain-wise and in its look.

Boy Erased came about recently, how did you get involved in a project like that?
I got involved with Boy Erased through a couple of different channels. I'd been trying to work with Ann Ruark, who's a phenomenal producer, for a while. She and I prepped a couple of shows in the past together and we've always tried to connect but it's hard sometimes - I'm not available, she's not available. So, we finally connected.

The director, Joel Edgerton, is a friend of a good friend of mine; Gavin O'Connor who directed The Accountant and Warrior. Gavin and I had done a few projects, and Gavin is close to Joel so he suggested that Joel reach out to me - so I got involved in that really early. It was a win-win for me to get that project. I've wanted to work with Joel and Ann for a long time.

They hired me early on in Los Angeles. I had a couple of meetings at Anonymous Content and started talking about how we could do this in Georgia because this is a lower-budget show and it needed that rebate. We needed to make it worthwhile for them to go to a state like that. The project was supposed to be in Memphis and Askansas. They're in the south already so Georgia made sense.

That was a 100% location-driven show. There was no stage. We shot it entirely on location with a very aggressive schedule. Quite a few complicated locations. It was a collaborative project through and through with Kerry Roberts, who brought the project to Anonymous Content. She's a phenomenal producer.

Is there anything else that you're working on that you're allowed to tell us about?
It's called Torrance - that's a working title. It's a heavy drama. Ben Affleck plays a struggling alcoholic who's lost a son to cancer. He was, at one point in his early life, a super-talented basketball player who took his high school alma mater to state and won the state championship. He went to college and was being scouted by the pros and messed up. He had an alcohol issue which led him to walk away from basketball.

Our story picks up with him working a blue-collar job on a construction project in Long Beach, which is an amazing, massive location we secured. It's one of the largest bridge projects on the West Coast, probably next to the Golden Gate. It's called the Gerald Desmond Bridge Replacement and originally in the story it had Ben as a construction worker framing a house.

I was driving by this bridge one day with our designer and I said, "What if he worked up there?" He said "You can do that?" and I said, "I don't know but I can try. Wouldn't it be cool if that was where Ben's character worked?"

We got it. We've got him working on this enormous construction project, that's being done by three different construction companies from three different parts of the world. It's a ten-year, multi-billion dollar project. It's phenomenal. I'm really excited that we're able to deliver something that's as visual as this to the project that was never intended to be a part of it. Hopefully, It's good location scouting!

What advice do you have for someone wanting to get into location management?
Everybody takes a different route in this business. I just got lucky and was in the right place at the right time. A feature film came to my town when I graduated college and I jumped on the film wagon train and took off to California. But I think if you're striving to get involved in locations then understanding how aesthetics look in your camera is important.

Learning how to be a photographer is also important. Selling your location through photography is a very important part of what we do. So is persistence and doing your homework - understanding what the job is. There's a lot of information out there online.

I started as a PA, an entry-level position. Not everybody goes that route. Some people come right into doing the job. If you know that you want to be a locations person, I would say the first step is to really understand your camera and put what you see in a relatable form to a story and to sell the story because that's what we do! I may shoot 50-100 location shots for a single location. You try to tell that story with every single one of them. Sometimes you get lucky and shoot one location and they say "That's perfect!"

It's a lot about who you know, as well. If you know someone in the industry I'd start with that and work your way through it. It just takes time and persistence. Don't give up. If you really want to do it, don't give up.