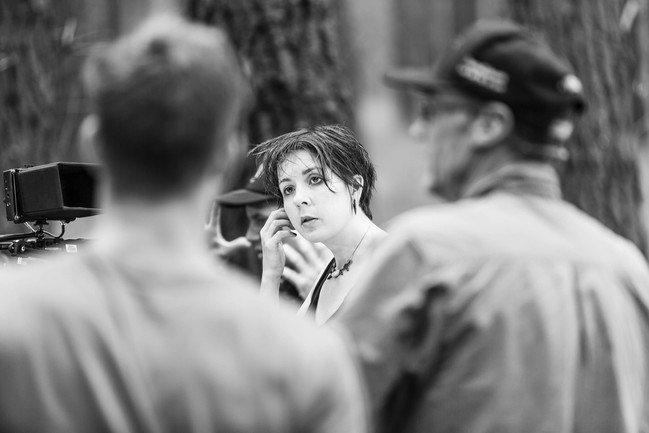 AFI announced that cinematographer Meg White will be the inaugural recipient of the Screen Australia Onbass Fellowship, the newly established full-tuition scholarship for emerging Australian filmmakers to attend the AFI Conservatory.

Created in partnership with Screen Australia and the Onbass Family Trust, formed by Gentle Giant Media Group CEO Greg Basser and his wife Kiera O'Neill, the Fellowships will provide full tuition and fees, as well as some support for living expenses and flights from Australia (courtesy of G'Day USA and Qantas), to one Australian filmmaker entering the AFI Conservatory in the fall of 2019 and one in the fall of 2020 - to join the graduating classes of 2021 and 2022, respectively.

"The Screen Australia Onbass Fellowships have opened another door for Aussies looking to add to the ranks of filmmakers in the U.S. market and beyond, and with the benefit of learning quite literally in Hollywood's backyard on the AFI Campus," said Greg Basser.

"Thank you for this unique and extraordinary opportunity to extend my professional development abroad in the U.S., " said Meg White. "I will endeavor to make the most of the relationships, exposure, access and work prospects the Screen Australia Onbass Fellowship and AFI will provide. I am proud to be the inaugural recipient of the Fellowship and look forward to representing the Australian film industry at the AFI Conservatory."

Meg White is an Australian cinematographer with experience shooting features, television and commercials. Originally from Newcastle, Australia, she received a degree in Media Arts and Production at the University of Technology, Sydney. Since graduating, she has worked in Australia and overseas across a diverse range of projects both large and small, digital and film. She was the cinematographer on "Remedy," a music video directed by Russell Crowe, which won the Australian Cinematographers Society Silver (ACS) Silver Award. In 2017, White received the ACS Drew Llewelyn Camerimage Scholarship. Her ongoing interest in still photography, primarily of animals and the natural world, informs her approach to cinematography.

Fellowship applications to join the AFI Conservatory as a Screen Australia Onbass Fellow in the fall of 2020 will be due in October 2019. For further information and application requirements, please visit http://www.afi.com/conservatory/scholarships/australia-onbass-fellowships.aspx.