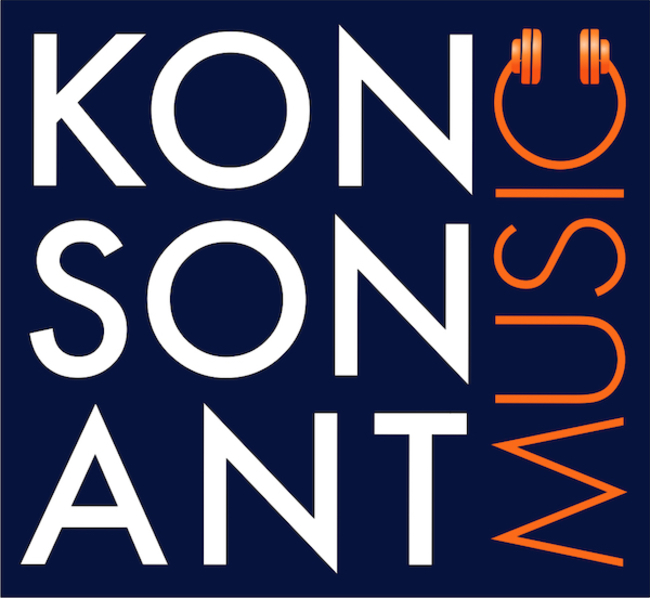 Los Angeles and New York - Renowned throughout the entertainment industry for "Empowering Independent Filmmakers with Meaningful Music and Sound Advice," Konsonant Music has worked on four original, new projects which will be making their debuts during the 2019 Sundance Film Festival. Andrew Gross and Gil Talmi, Composers/Creative Directors, Konsonant Music, made the announcement.

The four new Sundance projects are: 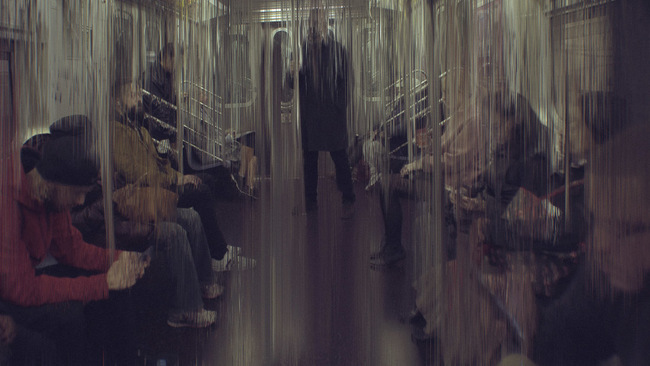 The Great Hack
** The Great Hack: This documentary from Netflix takes a look at how data has surpassed oil as the world's most valuable asset, and how that data is being weaponized to wage cultural and political wars. Academy Award-nominated directors Karim Amer and Jehane Noujaim return to the Sundance Film Festival with this deeply layered, ethically complex, disturbing, and riveting new film.

For this project, Konsonant's Gil Talmi provided the original music. He says, "Scoring 'The Great Hack' has been a tremendous opportunity, allowing me to blend many of my musical influences into a brand new sonic palette for this important film. 'The Great Hack' deals extensively with larger questions, such as the contrast between light and darkness, technology vs. humanity, and the interplay between those elements. I approached the human aspect of the story using more orchestral instruments, with a heavy emphasis on intimate piano for the internal worlds. I used the magical world of modular synthesizers to convey the various data streams and technological manipulation that are at play throughout the film. These sonic explorations were a culmination of an in-depth collaboration with the filmmakers, with great attention to detail. Every byte counts!" 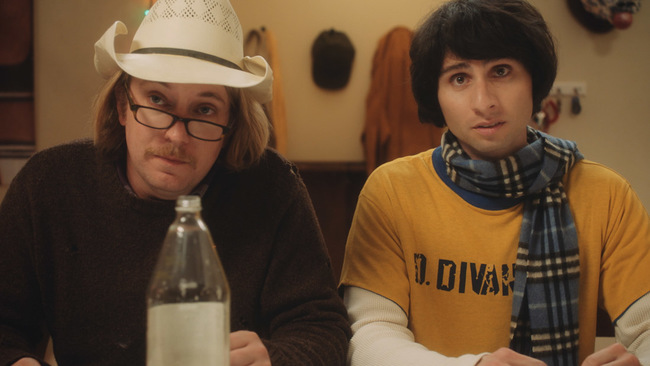 The Dress Up Gang
** The Dress Up Gang: This new episodic sitcom presents the "insanely funny and surrealistic" comedy trio "The Dress Up Gang," as they expand upon their cult-hit web series. The sitcom, which will air on TBS, was produced by Abso Lutely Productions (Nathan For You, Tim And Eric Awesome Show).

For this project, Konsonant's Andrew Gross served as the show's composer (including the theme) and Executive Music Supervisor. The theme was recorded with a live orchestra at Nashville's historic Ocean Way Studios, and features the exquisite vocal performance of Ty Taylor (Vintage Trouble). Of the collaboration, Gross says, 'The Dress up Gang' creative team had a very strong vision of how they wanted music to function in their show's world. It's a modern comedy that uses performances, dialog and music from the 1940s and '50s. So we would license music from that bygone era, and I would also write music that sounded like it came from that period. To get the most material out of our live session in Nashville, I recorded the orchestra in sections, and even wrote alternate arrangements for each section. This allowed me and the editors to have many stems to play with, since we also used the theme to underscore various scenes (in different ways) throughout the season." 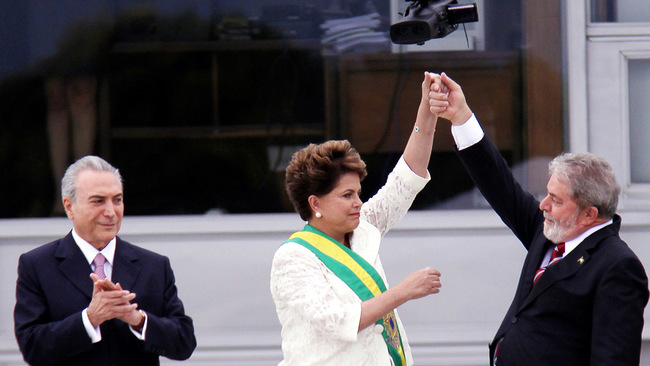 The Edge of Democracy
** The Edge of Democracy: With remarkably intimate access, this documentary from Netflix follows Brazil's embattled leaders as they grapple with a scandal born out of their country's fascist past and inflamed by a furious and ideologically divided nation. Director Petra Costa's film carries a potent warning: Brazil's crisis is one that is shared - and fomented - by Western superpowers run by equally treacherous political forces.

The Edge of Democracy won the 2016 Tribeca Film Institute/Konsonant Music/TFI Network Film Scoring Package. As part of the package, Gil Talmi consulted with the filmmakers over the past two years - the film features Talmi's music licensed from the Konsonant Music catalog. 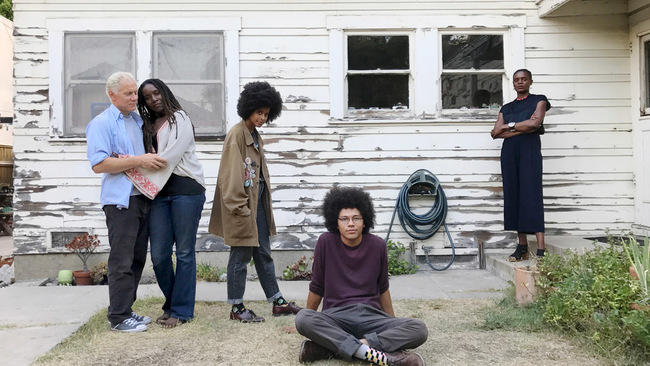 It's Not About Jimmy Keene
** It's Not About Jimmy Keene: Set in Los Angeles in 2015, the audience is introduced to the storyline through Bukka La Rocke, a neighbor, poet and sage, who calls forth to the chorus of assorted gatherers, imparting the sage of Jimmy Keene. In so doing, La Rocke focuses on a young, bi-racial teen named Ivan Roistacher - a youngster in search of his own voice - who appears to be lost.

For It's Not About Jimmy Keene, Andrew Gross served as Music Supervisor. He says, "This project occupies a special place in my heart, since I've known Caleb Jaffe (director/writer/actor) since he was five years old. When it came to post production on Jimmy Keene, I helped with music supervision and also supervising the scoring process with Caleb and Sofia Frohna, his composer. They were so committed to the story and tone, I just wanted to do whatever they needed to help bring their vision to life - this even included conducting at the scoring session, so Caleb and Sofia could be in the booth and focus on their creative collaboration."

For more information about the above projects and their Sundance schedules, please see: http://geni.us/KonsonantSundance2019
Regarding their strong presence during this year's Sundance, Gross and Talmi said, "More than anything, we are extremely proud of the quality of the four amazing projects which will be showcased during this year's festival. Having just one project screen at the biggest U.S. film festival is always cause for celebration, but to have four at the same time is incredibly gratifying. Each of these projects has a strong vision by independent filmmakers who are not afraid to bring a strong voice to their creativity and social consciousness."

"We love working with independent filmmakers - we love their unique vision, bold approach, and inspiring courage to manifest that vision in the world. We share that passion to communicate emotion through storytelling. As film composers, we connect with the film's subject matter and characters using music and thematic through-lines. We meet in this mutual passion for connection and communication with the filmmakers. We believe that all creativity stems from this shared human need to connect, create and share openly."

"We pride ourselves on offering a diverse range of services to our clients, who work with us not just for our original scoring abilities, but also for broader music services that include licensing, music supervision, clearance, consulting and post sound services," the two men conclude.


Founded in 2008 by noted composers Andrew Gross, based in Los Angeles, and Gil Talmi, based in Brooklyn, Konsonant Music provides the following services to a diverse roster of clients working across all media platforms, including major studio feature films, independent films, TV series, specials and movies:

About Andrew Gross: After scoring his first studio feature, Bio-Dome (MGM), at the age of 25, Andrew Gross has gone on to score over 30 features and 100 episodes of primetime TV. Some of his credits include: The King of Queens (CBS), Tenacious D in the Pick of Destiny (New Line), and 8 Heads in a Duffel Bag (Orion), to name some.

Gross's music has also been licensed to numerous films, including Nacho Libre (Paramount), The Good Girl (Fox), American Idol (ABC), and the trailer for Ratatouille (Disney).

He has won numerous BMI Film and TV Awards for his work on King of Queens, and Gold and Platinum Awards for his string arrangements on Tenacious D albums.

Gross has a passion for helping filmmakers, producers, editors and music supervisors find the perfect music for their film or scene. Whether it's writing it, licensing it, or producing it with another artist, Gross lives for nailing that moment when he plays a piece of music under a scene and everyone watching it is immediately transported into the drama - and left with goosebumps on their arms.

About Gil Talmi: Gil Talmi is an Emmy Award-nominated composer, producer and recording artist with a passion for socially conscious films. Blending his traditional orchestral background with tasteful modular electronics and eclectic world music sensibilities, Talmi has created a signature sound that can be heard in many award winning productions, worldwide.

Talmi's 1700 square foot scoring facility with inspiring views of Manhattan is located inside the Brooklyn Navy Yard (a stone's throw from Steiner Studios). The studio's unique location, ambiance, and state-of-the-art equipment work together to complement the innovative, high-quality scores that Talmi creates both for studio and indie films, alike.