ICONIC PRODUCTION MUSIC TRACK "SWEET VICTORY" EMBRACED BY OVER ONE MILLION "SPONGEBOB" FANS VIA PETITION TO HAVE SONG PERFORMED DURING SUPERBOWL 2019, AS A TRIBUTE TO THE LATE STEPHEN HILLENBURG, "SPONGEBOB'S" CREATOR: APM Music to Donate Funds to ALS Foundation for "Sweet Victory" Licensing 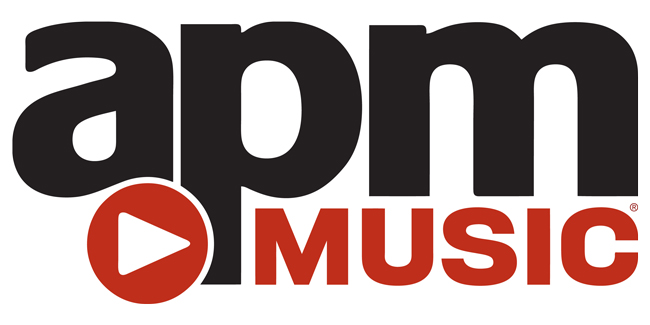 Hollywood, CA - On November 26, 2018, the world said goodbye to the gifted Stephen Hillenburg, the creator of the globally beloved "SpongeBob SquarePants," an animated cartoon character who lives in "a pineapple under the sea," and has been entertaining the world consistently since making his first appearance on the Nickelodeon cable TV network on May 1, 1995. The cause of Hillenburg's death was ALS.

As a tribute to Hillenburg's legacy, and his contributions to a generation of children, a petition has been launched at Change.org calling for APM Music's iconic production music track "Sweet Victory," featured within the "Band Geeks" episode of "SpongeBob Square Pants," to be performed during the Halftime Show at SuperBowl LIII, in Atlanta, airing on CBS, February 3, 2019. (More info about the "Band Geeks" episode here: https://en.wikipedia.org/wiki/Band_Geeks)

To date, over one million "SpongeBob" fans have signed the petition!

"Sweet Victory" was co-written in 1997 by David Glen Eisley, a veteran hard-rock singer who fronted the bands Giuffria and Dirty White Boy in the 1980s, and Bob Kulick, a guitarist who has worked with Lou Reed, KISS, W.A.S.P., and Michael Bolton, among others. "Sweet Victory" was released in 1998 by APM Music on their Bruton Music Library album "American Games," and has become one of the most well-known and iconic songs in the "SpongeBob" repertoire.

APM Music is the world's leading supplier of original production music for producers of film, television, videogames, commercials, and all other types of audio visual programming. APM Music has had a long relationship with Nickelodeon, and has long been a vital part of the sound of the "SpongeBob" series since the show's inception.

In Hillenburg's honor, APM Music is donating a portion of revenues from the song "Sweet Victory" to the ALS Association.

Said Adam Taylor, President of APM Music, "We are truly thrilled that 'Sweet Victory,' a production music song, has crossed over into the mainstream of America's consciousness, and has become an iconic, 'Can-Do,' rock anthem, thanks to the remarkable creativity of the late Stephen Hillenburg, and composers David Glen Eisley and Bob Kulick. We are grateful for the many years of joy and humor 'SpongeBob' has brought to all of us."

Taylor adds, "APM provided music for the very first episode of 'SpongeBob,' right after we received our reference copy on VHS tape, and it's been an honor for us to have supplied music for every season of this landmark children's program since its debut. We send our deep condolences to Stephen's family and friends - he will be remembered and missed." 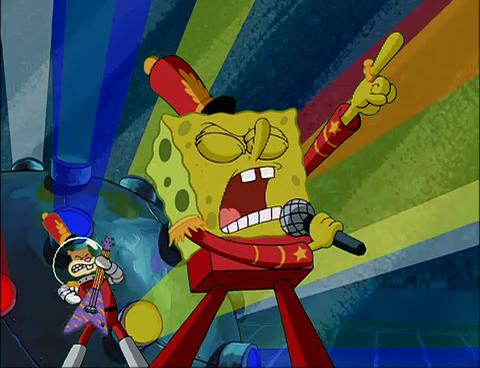 (Photo: Nickelodeon)
APM Music also played a role in the making of the SpongeBob SquarePants Movie (2004), with the original score for that film having been composed by APM Music's Gregor Narholz, composer and producer for the Sonoton Production Music Library. The movie also included a number of additional APM Music tracks as well.

APM Music is helping to promote the "Sweet Victory" petition via their social media channels. Please see: Memorial post in Stephen Hillenburg's honor and the share related to the petition on Facebook.

ABOUT THE MAKING OF "SWEET VICTORY"

David Glen Eisley and Bob Kulick recently reminisced about their collaboration on the making of "Sweet Victory":

Says Kulick, "Dave and I wanted to write something that would be an inspirational song in the same way that some rock songs have become iconic within the sports field, for example the Queen song 'We Are the Champions,' and the song 'Eye of the Tiger' from the 'Rocky' movies. These songs have become anthems that touch people in an inspirational way. 'Sweet Victory' was our power ballad entry into this area. As soon as we recorded the track, we knew it was something monumental, especially given Dave's great voice. In fact, we were told that Nickelodeon even had the 'Band Geeks' episode written specifically to highlight the song, and it became the most dramatic song 'SpongeBob' ever sang."

Adds Eisley, "When I came up with the line: 'You don't win no silver, you only lose the gold,' that became the hook for the song - it expanded out from there. After that line came to me, the rest of the song began to reveal itself. The idea behind it was, 'If you get knocked down, you get back up, and if you really try hard enough, at the end of the day you can pull a rabbit out of the hat.'"

"The first time I watched that 'SpongeBob' episode, I was in shock! You rarely see a needledrop track used within a TV series by having the lead character of the series actually singing it. Tracks like these are usually used as background music.

Remarkably, this song BECAME the scene itself. 'SpongeBob's' performance and the reactions of his fellow animated characters while he's singing the song were so great, my mouth dropped open. The scene presented a really clever adaptation of both the song and the emotion behind it," Kulick adds.

Said Eisley, "Back in 1998, I was watching TV in the living room when my daughter, India, about eight at the time, came running in from her room, yelling, "The sponge is singing, and it's your voice!" I watched the episode with her, and just scratched my head. It was pretty bizarre to see that little yellow guy perform so passionately with my voice - it was funny, but kind of startling at the same time."

The "SpongeBob" producers picked "Sweet Victory" from a catalog of tunes at APM Music, which administers the song in the United States and Canada.

Kulick and Eisley are amazed that a song they wrote 20 years ago continues to resonate so widely-and that an online petition has brought it so much renewed attention. "Even people who are not fans of the style of music that Dave and I do, if you tell them that we wrote 'Sweet Victory,' they'll say, 'I know that song!'" says Kulick. "It's touching a lot of people, way, way beyond anything we ever could have imagined. I never realized the magnitude of what this song meant to so many people from all over the world," Eisley notes.

The two men have just re-recorded and remixed two NEW updated versions of the song, one of which features a complete orchestra. And while they'd be happy-thrilled, even-to perform it at the Super Bowl ("It would be so cool if the original voice and the original guitarist both could play it there!" Eisley enthuses), the composers say they want to make sure that no matter what happens, the song stands as a tribute to Stephen Hillenburg's memory. "We're open to doing whatever would make sense to honor him, and put the song out there as something really positive. That, to us, is the most important thing about it," they conclude.

For more background on the composers behind "Sweet Victory," please see: www.bobkulickmusic.com and https://www.facebook.com/david.g.eisley