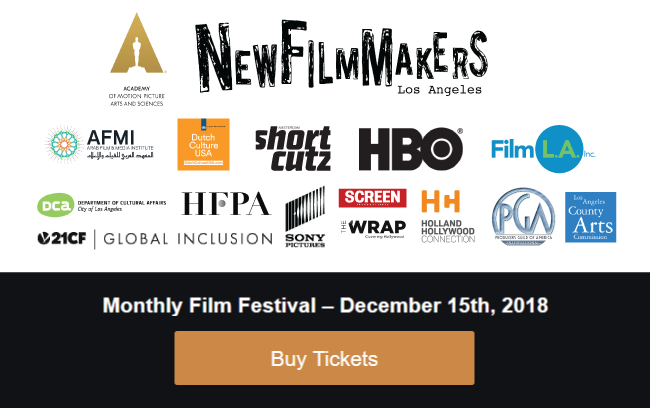 The second program of the evening, InFocus: Arab Cinema is co-presented in partnership with The Arab Film and Media Institute (AFMI) and showcases Palestinian, Tunisian, Lebanese and Qatari stories that cover the often unmentioned hardships of refugees in Europe, tackle the difficult questions of ideology through the eyes of a child, look at history through a mockumentary lens, and in Cyril Aris' Oscar-Qualifying The President's Visit, take us to a town whose preparation for an important guest takes an absurd and darkly humorous turn.

The night concludes with InFocus: Middle Eastern Cinema, a selection of striking short films from Middle Eastern filmmakers who have made their work all over the world - Lebanon, Israel, France, UK, Canada and the US. They tell stories of the complexity of identity, growing up, and of being stuck in difficult situations, personally and politically.

Doors will open to the public at 3 pm with a pre-reception for the first shorts program, and the night will include a pre-reception before each of the evening's programs, where attendees can sip cocktails and mingle with industry professionals and festival selected filmmakers in the lounge. The event will conclude at 11:00 pm.

PARKING (complimentary):
Please make sure to enter parking off of Homewood Ave. between Vine and Cahuenga (note: you can only enter Homewood Ave. from Cahuenga)