Simon Fawcett
As a result of the ASM acquisition of Redfive Creative, the company's Creative Director, Rupert Hollier, and Music Supervisor, David Fish, are proud to have become part of one of the world's largest film score soundtrack production entities. Redfive, a leading creative music agency for film, TV and advertising, brings to ASM its expertise within the areas of: creative searches and licensing, bespoke composition and re-records, sonic branding, music strategy and production, score funding, and financial analysis.

ASM has produced and owns the Film Score Soundtracks for major motion pictures, by funding the films they own the scores to. The ASM Film Soundtrack Catalog features as many styles, genres and moods of music as there are Films that make it to the screen. ASM film score soundtracks offer music cues of varying instrumentation ranging from Fiery Symphonic Orchestra and Choir to Raging Power Guitars, to Plaintive Piano, Poignant Cello, Distorted Electronica and Sound Design and all other familiar and not so familiar instruments and sounds on the spectrum. These soundtracks are now available to license for Film, TV, Advertising and All-Media formats, with the publishing and Masters all Pre-Cleared for quick licensing. 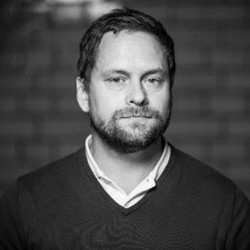 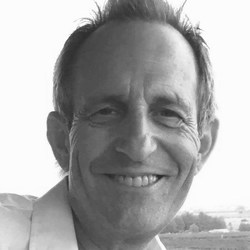 Jonathan Firstenberg
Regarding today's news, Fawcett said, "We are thrilled and delighted to be celebrating our 10 year anniversary milestone. We are 100% focused on creating the best value return coupled with the highest quality of service to our clients working across the genres of feature film, television, advertising and games, as well as throughout the music industry. Our acquisition of Redfive Creative will allow us to expand into the supervision, bespoke, and advertising markets on a number of different levels. Redfive's ethos and strategy is completely aligned with ours, and we are delighted to integrate them into our team. And we are also looking forward to a long and productive new working relationship with Jonathan Firstenberg, who will help us expand and introduce our company to new clients and partners across the Hollywood marketplace and beyond.

Adds Rupert Hollier, "We are delighted to be able to bring Redfive Creative under the Atlantic Screen Music umbrella - it is a natural fit due to our existing relationship, which allows R5 to retain its autonomy and independence, whilst benefiting from the ASM model across the board, and being able to provide them with a more robust and proactive music supervision capability. This is hugely exciting for all of us."

Among the renowned film composers ASM works with are:

Among ASM's areas of expertise:

In Los Angeles, Jonathan Firstenberg, ASM's North American Representative, can be contacted via: jonathan@3earmusic.com or 323/829-9986.