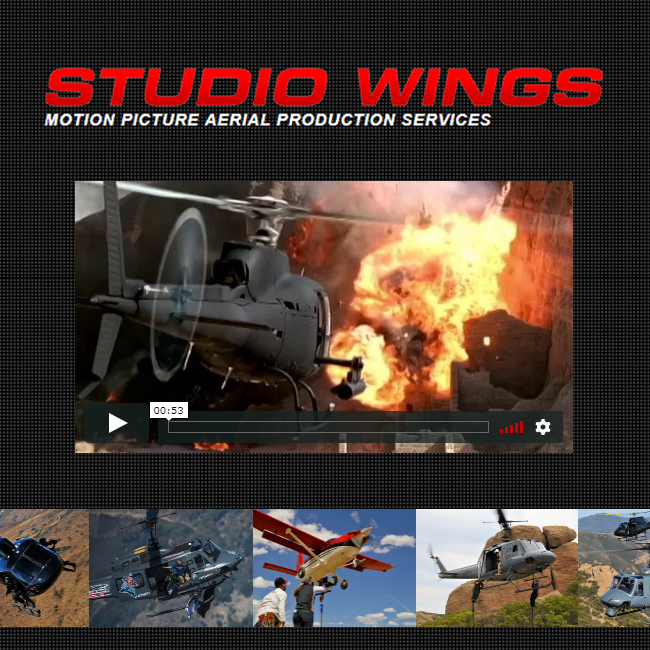 During the month of April Studio Wings successfully competed three more demanding aerial assignments. The first was a fairway landing in just 480' on a Valencia, CA golf course for FOX's hit series, 9-1-1. Numerous roads had to be shut down to allow stunt pilot and the show's aerial coordinator, Steve Stafford, to complete the precision landings and take offs safely. Steve also flew his Bell 212 Huey for coordinator Kevin LaRosa Jr. on two episodes of CBS's SEAL Team and on NCIS-LA for coordinator John Tamburo . Next up for Studio Wings is flying and coordinating a large scale, action film.

Whether your project calls for a single aerial POV shot or a Sortie of FA-18 Super Hornets, Studio Wings™ has the creative talent and aerial production expertise to consistently bring in spectacular dailies. From breathtaking aerial cinematography, shot by the finest DP's in the industry, to the choreography, coordination and piloting of the most extreme helicopter and airplane stunt sequences imaginable, Studio Wings™ will exceed your expectations every shot, every time. With more than 30 years experience and a perfect safety record, Studio Wings™ is the one stop destination for all aviation related filming requirements.