Based in Los Angeles, Scott Feldman is now the face of Gratitude Sound West. As Producer, he will pursue new clientele across the film, TV, and advertising industries for the company. He will also work with emerging musicians and songwriters for licensing representation.

"After a good amount of consideration, red-eye flights, and getting the chance to know and work with Scott, it became clear to me that now was the perfect time for us to establish a presence on the West Coast," said Hinkley. "We have a musical style that's organic and unique, and there is a great deal of opportunity for our services in LA. Obviously, there's a healthy amount of competition there as well, but I truly believe that once potential clients know more about us, our music will become highly sought after."

Adds Feldman, "I am extremely excited to be the West Coast Producer for Gratitude Sound. In addition to making significant inroads with LA-based agencies, production companies, and music supervisors, I'm very much looking forward to signing and working with new talent. Gratitude has a remarkable body of work, roster and reputation. I'm thrilled to be a part of their success." 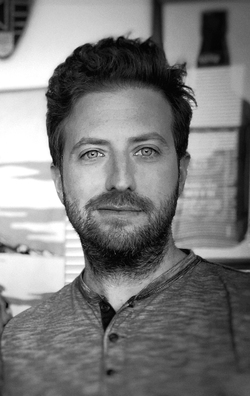 Based in Los Angeles, Scott Feldman is a 10-year veteran of the city's storied music scene. His entry point was as the assistant to the composer and music supervisor of FX's hit show "Sons of Anarchy." Shortly after his tenure with that series, Feldman created his own music company, Darkbloom Productions, to house projects, ranging from composition and production, to musical direction and artist development.

Feldman's work and collaborations have resulted in placements of his own music with ABC, NBC, TNT, Showtime and a host of other media outlets. Feldman formally partnered with Bryan Hinkley in 2018 to establish and open Gratitude Sound West in LA. 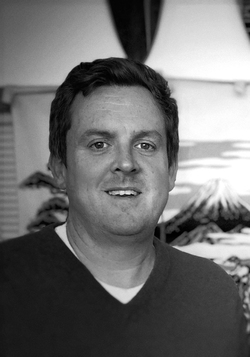 Based in Boston, Bryan Hinkley is the Owner of Gratitude Sound, as well as a Producer there. He is a dynamic music professional with career experience across multiple areas of the music industry. As a guitarist and stage manager,

Hinkley has toured throughout much of the world with several rock bands,

including Tree, Gang Green, Clutch, and 311.

Off the road, Hinkley has had his original music placed in multiple projects, including advertising, network TV, and films. After working as a composer/producer for a Nashville based music house for a number of years, Hinkley launched Gratitude Sound in his hometown of Boston in March of 2014.

Founded in 2014 in Boston by Bryan Hinkley, Gratitude Sound is a full service music production company. Gratitude provides original music and licensing for advertising, film, TV, and multi-media projects. The company has earned a strong reputation for enhancing stories and relationships through the power of music, achieved through collaboration, creativity, and commitment.

Gratitude's production team works with a network of composers, artists and bands to deliver exceptional and authentic music across every conceivable style. The company's services include Original Music/Composition, Sonic Branding, and Artist Representation. The company also makes its catalog tracks available and works with label partnerships for one-stop licensing deals.