Now in their second year, the grants will support the outreach and social action campaigns for these six documentary projects that participated in the AFI DOCS 2016 Impact Lab, a two-day filmmaker workshop sponsored by NBCUniversal and presented in partnership with Picture Motion.

The 2016 Impact Lab took place in Washington, DC, from June 21-22, 2016, during AFI DOCS, the American Film Institute's international documentary film festival held annually in the nation's capital - with the goal to inspire change by bringing together the nation's leaders and leading artists. Led by Heidi Nel (formerly with Picture Motion in Washington, DC), the Lab introduced participants to policymakers addressing a range of issues from the moral injury of American military veterans to caregivers, LGBT youth, gun violence, education and juvenile incarceration, and imparted filmmakers with the skills to engage with those policymakers at a grassroots level to catalyze lasting social change.

Spanning some of the most critical and urgent problems facing the world today, the projects supported by these grants demonstrated their ability to leverage distribution in 2016. The documentary projects receiving a total of $75,000 in support from the 2016 AFI DOCS/NBCUniversal Impact Grants are: 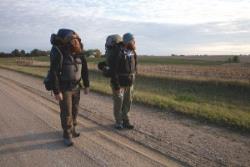 Two young Iraq War veterans hike a 2,700-mile course from the Midwest to the California Coast to raise awareness for those like themselves who struggle with memories of combat. Along the way, they meet other vets and supporters and talk through their traumas in this inspiring journey toward healing. 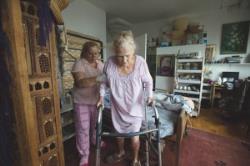 Millions of elderly Americans depend on compassionate caregivers to provide the support they need to age in place. These health care workers offer love and kindness to the elderly, but often don’t earn enough to keep a roof over their heads. With compelling stories of caregivers and those in need, CARE opens our eyes to the fragile human infrastructure that supports an aging America.

In the heart of the nation’s capital, the Check It is a street gang comprised of gay and transgender teens who support each other in the face of outside bullying, attacks and discrimination. The group struggles with an existence underscored by violence, poverty and prostitution, but when a young mentor comes into their lives, he endeavors to help them find a more productive outlet: through the creative world of fashion. Finally faced with a better option, the Check It members must now attempt to beat the odds by getting off the street and working toward lives of purpose and accomplishment.

On December 14, 2012, a 20-year-old gunman forced his way into Sandy Hook Elementary School in Newtown, Connecticut, and murdered 20 schoolchildren and six educators. In the aftermath of the killings, filmmaker Kim Snyder traveled to Newtown and trained her lens on a grieving community, following several families who came face to face with tragedy. NEWTOWN reveals both the indelible scars gun violence leaves behind and the resilience of people who come together to heal. 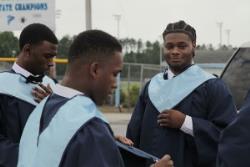 Filmed over the course of seven years, RAISING BERTIE is a sensitively made portrait of three African American teen boys living in the rural community of Bertie County, North Carolina. When the supportive community school they attend is forced to close, the boys must navigate a path of their own, which they hope will lead them away from the cycles of racism and poverty that threaten to engulf their lives. 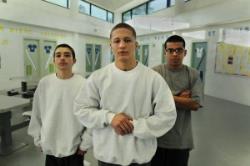 This fresh look at juvenile justice follows three Latino teens awaiting sentencing for violent crimes as a legal debate rages on imposing life sentences for minors. The young men find their voice thanks to a teacher who helps them write, cast and produce a film based on their life experiences. The boys are complex, surprisingly lovable characters whose paths diverge as they enter a capricious court system, making a strong case for juvenile justice reform.

The American Film Institute is America's promise to preserve the heritage of the motion picture, to honor the artists and their work and to educate the next generation of storytellers. As a nonprofit educational arts organization, AFI provides leadership in film and television and is dedicated to initiatives that engage the past, the present and the future of the moving image arts.