New York, NY - Renowned Art + Technology company The Artery (formerly The Artery VFX) which is significantly expanding its award winning talent base by seeking the most talented digital artists in the world, has named artist Ronen Tanchum as the head of its newly launched Virtual Reality/Augmented Reality (VR/AR) division, for which Tanchum will serve as the Creative and Technical Director. Deborah Sullivan, Executive Producer/Managing Director, The Artery, made the announcement.

Prior to joining The Artery, Tanchum has previously produced complex FX setups and overseen digital tools development for such recent blockbuster feature films as "Deadpool," "Transformers," "The Amazing Spiderman," "Happy Feet 2," "Teenage Mutant Ninja Turtles," "The Wolverine," and many more.

Recent projects for which The Artery has created visuals include the Sony Pictures Classics film "Norman" starring Richard Gere; the 2016 MTV Video Music Awards; the new Netflix TV series "The Get Down," and social media imagery for Pepsi.

Given the rapidly burgeoning demand for Virtual and Augmented Reality content from major brands and creators of filmed entertainment content around the globe, The Artery sees an enormous new potential market, worldwide, for the company's development of original content in VR & AR on behalf of a diverse range of clients. Thus the impetus for the launch of the company's new division.

Said Sullivan, "We are aggressively evolving The Artery right now, and are committed to finding the best, the brightest, and the most talented artists in the world, and bringing them into our company. We are especially proud to have Ronen join us as the first acclaimed artist under our new mandate. He is extremely talented and is one of those rare individuals who has both proven creative AND technical expertise across all screens, including film, TV, commercials, digital, gaming and experiential. His wealth of knowledge from the world of visual effects for feature films is stellar, and has worked on many of the world's biggest, recent hit movies. With Ronen's vision now part of The Artery's artistic fabric, we are poised to aggressively pursue the new projects and opportunities that are sure to come our way within the worlds of Virtual and Augmented Reality."

"VR today stands at just the tip of the iceberg," says Tanchum. "Before VR came along, we were just observers, and controlled our worlds through a mouse and a keyboard. Through the VR medium, humans become active participants in the virtual world - we get to step into our own imaginations with a direct link to our brains for the first time, experiencing the first impressions of a virtual world. As creators, VR offers us a very powerful tool by which to present a unique new experience."

Tanchum continues, "The first thing I ask a potential new client who wants to create a VR experience is, 'Why VR? What is the role of VR in your story?' Coming from our long experiences in the CG world by working on highly demanding creative visual projects, we at The Artery have evolved our collective knowledge and developed a strong pipeline into this new VR platform. We are using it to its fullest to tell stories. We inform our clients that VR shouldn't be created just because it's 'cool.' The new VR platform should be used to play an integral part of the storyline itself - a well crafted VR experience should embellish and complement the story. We pride ourselves in our 'story first' approach to this new platform." 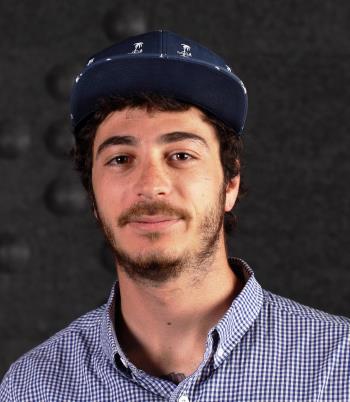 Ronen Tanchum is the new Creative and Technical Director of the Virtual Reality Division at The Artery VFX. He has in-depth knowledge of CG pipelines, and a renowned passion for aesthetics, mathematics, cinematography, virtual reality and interactive audio-visual content creation and production.

Tanchum's work on "The Walk" was nominated by the Visual Effects Society in 2016 in the category "Best FX Technical Achievement." And his work on "The Future of Music" won the DA&D Silver Award under the "Best Branded Content" category in 2016. "The Future of Music" was a ground-breaking 360° virtual experience made by director Greg Barth and Phenomena Labs that immerses the viewer in a surrealist musical space. Please see:
https://www.derivative.ca/Events/2016/FutureOfMusic/


ABOUT THE ARTERY VFX