WINNING ENTRY WILL BECOME ANIMATED FILM, GRAPHIC NOVEL OR ART SERIES -- "COG" Will Include New Works By & Interviews With National Figures, Writers And Other Notables Cogswell is a Top Digital Arts School in San Jose 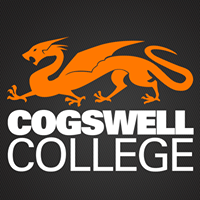 Frazier and her class have created an "All-Star Literary Lineup" that will be featured within Issue 1 of COG. Artist Ajuan Mance, whose "1001 Black Men" series has earned attention, is creating the Issue 1 cover, which will depict a figure drawing with cogs integrated within. 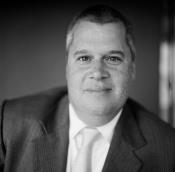 ** The announcement of the "COG: Page to Screen Awards," a national literary competition open to everyone and adjudicated in 2015-16 by Daniel Handler, author of the Lemony Snicket book series. The winning piece from each year's competition will be adapted as a short animated film, 2D animation, graphic novel or interpretive illustration series by Cogswell College's Digital Art & Animation students. Says Handler, "A literary contest is like a full moon. It casts a striking and comforting glow across the bleak sky, and turns a small number of people into werewolves."

** The announcement of the "COG: Poetry Awards," a national poetry competition judged in 2015-16 by celebrated poet A. Van Jordan. The winning poetry set will also be adapted as visual art by Cogswell's Digital Art & Animation students.

At present, plans are underway for three online issues, and one print issue, per year for COG. Frazier and her students are also planning various promotional events on behalf of COG, including an on-campus speaking event with Dan Handler/Lemony Snicket that will be open to 50-80 local residents, and readings and performances by the publication's high-caliber contributors and supporters, in 2016.

"We are delighted to be launching COG," said Dr. Deborah Snyder, President, Cogswell College. "Our goal with COG is to increase our school's visibility on a national level. Those of our students who work on the creation of COG will also be enhancing their resumes and job prospects by enabling them to staff a soon-to-be nationally known publication. Professor Soma Frazier, who is leading this effort, is a gifted writer. An award-winning author and active member of the literary community, she is the perfect person to be helming the launch of COG!"

Adds Frazier, "I developed COG with a dual purpose: First, to offer audiences a fresh, unique and carefully curated publication, and secondly, to give my students a hands-on, multimedia publishing experience. We will strive to make COG as credible as 'ZYZZYVA,' 'Glimmer Train' or 'Ploughshares,' with the added digital art component that is our students' sweet spot. I look forward to the day COG is recognized by art and literature lovers everywhere, as well as 'Poets & Writers,' 'AWP,' and other similar outlets."

She adds, "The first thing I asked our student staff as we were conceiving COG was, 'What do Lemony Snicket, NPR/PRI's Glynn Washington, Gish Jen, Molly Giles, Paul S.Flores, Opal Palmer Adisa, Antique Naked Soul, Arisa White, Tomas Moniz, Ron Austin, and other stellar artists, musicians, and writers all have in common?' It was the first day of our Fall 2015 class. They stared blankly until I answered with: 'The first Issue of Cog.' My next question to the class was: 'How will we top that all-star lineup in Issue Two?' Stay tuned to COG for the answer..."

Soma Mei Sheng Frazier serves as Assistant Professor and Chair, English and the Humanities, at San Jose's Cogswell College. Her book Collateral Damage: A Triptych earned praise from Nikki Giovanni, Daniel Handler, author of the Lemony Snicket book series, Antonya Nelson, Sarah Shun-lien Bynum, and others. Frazier's second book is forthcoming in 2016 from Nomadic press, along with scheduled to appear in "ZYZZYVA" and "Glimmer Train," as she completes a novel and screenplay.

A native of rural New Hampshire, Frazier supplemented a basic public school education with whatever additional opportunities her mother's income - or her own resourcefulness - could afford. These included her attending Odyssey of the Mind, the St. Paul's School Advanced Studies Program, the Governor's Mentorship Program, and a Creative Writing course that she "finagled her way into" auditing at Dartmouth College while still in high school.

After graduating high school, Frazier attended Middlebury's intensive summer immersion program in Japanese. She later earned a B.A. in Asian Studies from Pomona College, and an M.F.A. in Writing at Sarah Lawrence College. She has taught in prisons and schools alike.

Designed as a "fiercely collaborative, living laboratory," Cogswell College is located in the heart of the legendary Silicon Valley in San Jose, California. The school is a WASC accredited, four-year institution of higher education with a specialized curriculum that fuses digital arts, audio technology, game design, engineering and entrepreneurship. In 2015, Cogswell was cited by Animation Career Review as "One of the Top 50 Private Game Design Schools and Colleges in the U.S."

Recent Cogswell alumni were members of the Academy Award-winning production teams that worked on the blockbuster films "Frozen" and "Life of Pi." Some of the other well-known consumer projects to which Cogswell alumni have contributed include the feature films "Big Hero 6" and "The Avengers," and the popular videogames "Call of Duty: Advanced Warfare," "Halo 4" and "Battlefield Hardline."