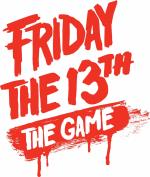 Fans of Famous Franchise Can Play a Role in Horror History
By Supporting the "Friday the 13th: The Game's" Kickstarter Page

For the first time in more than twenty-five years, Friday the 13th will return to the video game world. Gun Media and IllFonic, in partnership with Crystal Lake Entertainment, are proud to announce that Friday the 13th: The Game is set to launch during Fall, 2016. To view the Launch Trailer for the new game, please see below.

Developed by Gun Media and IllFonic, Friday the 13th: The Game will deliver a terrifying combination of features designed to satisfy gamers and fans of the Friday the 13th franchise alike. In addition to bringing the tension and horror of the movies to life, the game will also let players don the mask of Jason Voorhees for the first time and control all new levels of brutal action!

The development team had earlier collaborated on the unreleased survival horror-themed game Slasher Vol. 1: Summer Camp, and plans to integrate much of that design into the new Friday the 13th game.

"As you can imagine the conversion from Slasher Vol.1: Summer Camp to Friday the 13th: The Game was a dream come true for our entire team," explained Gun Media's Wes Keltner and Ronnie Hobbs, Co-Creators of the new game. "1v7 asymmetrical multiplayer is a perfect fit for this franchise, and we can't wait to share our creation with fans across the world." 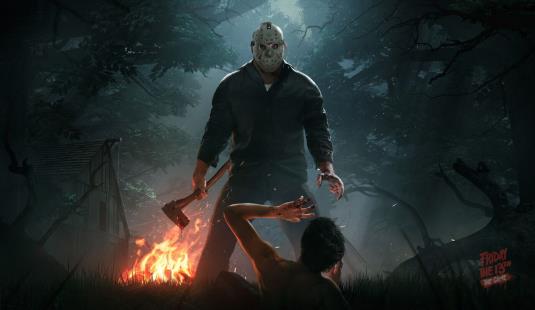 "It's been nearly 30 years since fans have had the opportunity to experience a Friday the 13th video game," explained Sean S. Cunningham, creator of the Friday the 13th franchise.
"Technology has finally reached a level that allows us to produce an experience fans of the franchise deserve. It's always been a dream of mine to let players fully BECOME Jason, and stalk camp counselors across a virtual Crystal Lake. I'm delighted we're able to bring this fantasy to life!"

The development team behind the new game is also excited to announce a Kickstarter campaign, designed to expand the scope of the game and give backers the ability to become a part of the franchise forever - by claiming special rewards ranging from early access to the game and unlocking various Jason's from the films, to once-in-a-lifetime access to horror legends, and even claiming a role within the game as one of the counselors. The Kickstarter page is: http://f13game.com/kickstarter/

For a "Sneak Peek" at the making of the new game, please watch this video interview with Tom Savini, Award-winning Makeup FX Artist who is considered the "Father" of the "Jason Vorhees" character, and Ronnie Hobbie, Producer with Gun Media:

Based in Lexington, Kentucky, Gun Media is a publisher of interactive entertainment comprised of industry veterans with unique and complementary backgrounds. The mission of Gun is to build fresh and exciting interactive experiences for a wide range of platforms and gamers. The team shares a vision that game development is not just the creation of a product, but the blending of art, design, and technology to produce an experience that engages and entertains players from all over the world.

Los Angeles-based IllFonic was founded in 2007 by musician Raphael Saadiq, engineer Chuck Brungardt, and game designer Kedhrin Gonzalez. IllFonic is committed to delivering AAA games digitally to consoles and PC at an affordable price IllFonic utilizes many avenues in pop culture to cross brand its products in film, television, sports, music and clothing. With an additional office in Denver, IllFonic built a team of artists, developers, producers and musicians that believe providing fun game-play means conveying the highest level of visual awe, an immersive environment and a sick soundtrack.