THE HIT HOUSE READS THE STARS, CLEARS ITS CHAKRAS, AND DELIVERS 24 NEW

Tracks from previous "Funny Bone" albums released by The Hit House have been featured in high profile advertising campaigns for Netflix, Honda, and DirecTV, as well as in movie trailers promoting the hit feature films "Big Hero 6," "Frozen," "Book of Life," and dozens of others. 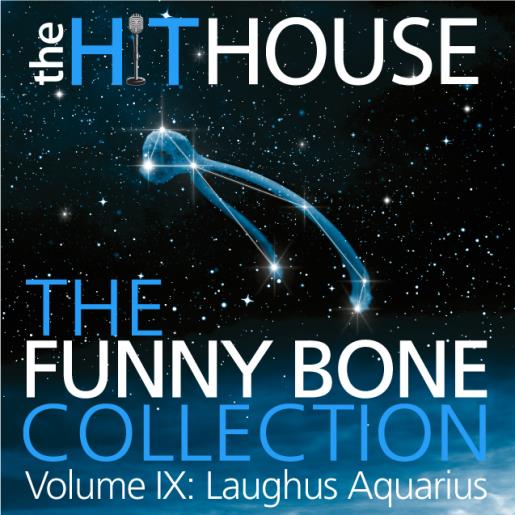 "Whatever your sign, 'Funny Bone IX' has 24 new tracks of the artist-driven, witty, upbeat music our clients have been asking for," said Sally House, Executive Producer/Co-Founder of The Hit House. "We've searched the stars, cleared our chakras, and discovered the industry's horoscope. It reads: 'Check out the offbeat music from 'Funny Bone Volume IX' - the latest album from those gifted oracles at The Hit House."

A selection of songs from "Laughus Aquarius" can be heard here:
http://bit.ly/TheHitHouseFunnyBoneCollectionVolumeIX

About The Hit House:

A premier, multi-award winning, custom music and sound design company in Los Angeles, recent work from The Hit House has also been used in national and global television campaigns for clients such as Netflix, Google, Playstation, Lexus, Jell-O, Porsche, HBO, Honda, and The Ritz Carlton; in motion picture campaigns for the upcoming films "Pan," "Jungle Book 2016," "Alive and the Chipmunk Road Chip" and "Creed," and for the recent films "Minions," "Spy," "Ted 2," "Pixels," "Ricki and the Flash," "Godzilla," "Big Hero 6," "Book of Life," "Frozen," "Thor: The Dark World" and "Iron Man 3," among others.