2015 Summer Box Office Grosses Are the Second-Highest Ever

2015 Summer Box Office Grosses Are the Second-Highest Ever 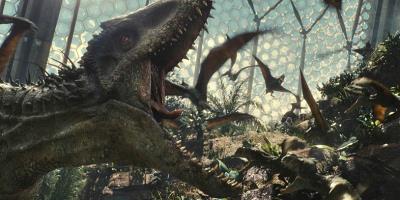 For decades, the summer movie season has been associated with big studio tentpoles and huge box office grosses. However, the marketplace took a bit of a hit in 2014, when summer domestic ticket sales were the lowest in seven years. From the onset, it seemed like summer 2015 was going to mark some kind of improvement, with offerings like Avengers: Age of Ultron, Jurassic World, and Inside Out hitting theaters.

Thanks to the presence of key properties like Marvel, Pixar, and dinosaurs (among others), moviegoers flooded the multiplex this past season, and records seemed to fall every other week. Some of the movies released even worked their way up the all-time charts, which helped Hollywood celebrate one of their most profitable summers in cinematic history.

Variety is reporting that domestic grosses for the 2015 summer season (defined as May 1 through Labor Day) totaled $4.48 billion. That's the second largest figure in history, trailing only 2013's $4.75 billion. It's also an impressive 10.4 percent increase from last summer, where only one film (Guardians of the Galaxy) crossed the $300 million plateau. In 2015, there were four such projects.

However, just because the numbers are up overall doesn't mean that all the studios will be celebrating together. A majority of the business was done by two companies: Disney and Universal. They accounted for 60 percent of the total grosses this summer; the former with Age of Ultron ($457.8 million) and Inside Out ($349.6 million), and the latter scoring Jurassic World ($647.4 million), Minions ($329.6 million), and Straight Outta Compton ($150.2 million).
Simply put, it was a top-heavy summer. The biggest film that didn't come from Disney or Universal was Paramount's Mission: Impossible - Rogue Nation with $182.5 million ($15.3 million behind where predecessor Ghost Protocol was at the same point in its run). And there were a number of notable box office duds, such as Sony's Pixels ($73.8 million) and Fox's Fantastic Four ($54.7 million) that are going to go down as losses for their distributors. It's actually quite surprising that 2015 ended up being as fruitful as it was, considering the handful of films that underperformed.

Now that the results are in, executives will be looking at specifically why the biggest movies made the most money. Outside of brand recognition (eight of the top ten grossers were sequels, adaptations, or animated films), the most consistent factor between the true blockbusters was word-of-mouth. Nearly all of the hits received generally positive to universally acclaimed reviews, while the ones that struggled scored mixed responses or were reviled altogether. Social media has become a powerful tool in making or breaking a film's box office prospects, and it turns out that studios may have to actually make a good movie in order to draw the masses in.

As Hollywood reaps in the profits of a strong summer, these past few months could just be the beginning for one of the best box office years ever. The fall will bring highly-anticipated films including Spectre, The Hunger Games: Mockingjay - Part 2, and Star Wars: The Force Awakens (also from Disney) that are poised for their own record-shattering runs. And with the tentpole landscape set to expand exponentially with more and more genre pictures in the coming years, it's reassuring for the studios to see people are still interested in going to the theater.