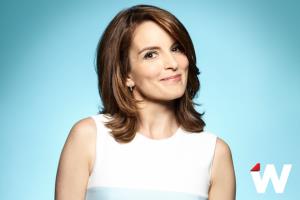 NBC has ordered a new comedy from Michael Schur, "A Good Place," as well as a new series from Tina Fey, Robert Carlock and Tracy Wigfield.


Emmy Award winners and producing partners Tina Fey and Robert Carlock are returning to NBC with a pilot production order for an untitled comedy written by Emmy winner Tracey Wigfield.

The Fey-Carlock project centers on a mother-daughter relationship that is challenged when an overly involved New Jersey mom gets an internship at her daughter's workplace, a cable news network.

"Tina and Robert are two of the pre-eminent voices in comedy, and we couldn't be more thrilled that they're bringing their next project to NBC," said Jennifer Salke, President, NBC Entertainment. "We also adore Tracey, who has written some brilliant episodes of both '30 Rock' and 'The Mindy Project.' With this super-talented trio at the helm, we're eagerly looking forward to their next great show."

Fey and Carlock have a rich history at NBC. They were writers and producers on "30 Rock," which ran for seven seasons and won the Emmy three times as best comedy series. Fey also won two Emmys as a writer on "30 Rock" and one as a member of the writing staff for "Saturday Night Live."

Their critically applauded current series on Netflix, "Unbreakable Kimmy Schmidt," was nominated for seven Emmys, including outstanding comedy series, in its first year of eligibility.

Wigfield, who won an Emmy for penning the season finale episode of "30 Rock" with Tina Fey, is currently a writer and producer on Universal Television's "The Mindy Project," which will begin streaming on Hulu on Sept. 15.

The project will be produced by Universal Television, 3 Arts Entertainment and Little Stranger. Fey, Carlock, Wigfield and David Miner are executive producers.