"GUARDIANS OF THE GALAXY" AND "CAPTAIN AMERICA: THE WIN

Proof Inc., one of the film industry's leading visualization houses, provided extensive previs and postvis services to two major feature films which have just been Oscar nominated for Best Visual Effects for 2014: ®Guardians of the Galaxy® and ®Captain America: The Winter Soldier.®

The VFX Teams which have been so nominated are:
** ®Guardians of the Galaxy:® Stephane Ceretti, Nicolas Aithadi, Jonathan Fawkner and Paul Corbould

Regarding his work with Proof on ®Guardians of the Galaxy,® Oscar Nominee Stephane Ceretti, VFX Supervisor for that film, said,® "Working with the Proof teams both in London and Los Angeles was a great experience. We started developing the sequences early in prep with our director, James Gunn, Earl Hibbert, Proof®s Previs Supervisor, and the storyboard artists. We wanted to be as prepared as possible for a fairly complex and fast paced shoot. Earl and his team did an amazing job at collecting all the information from James, the Art department and the VFX department, to come up with previs that really made sense and made a big difference in the way we prepped and shot the movie.® 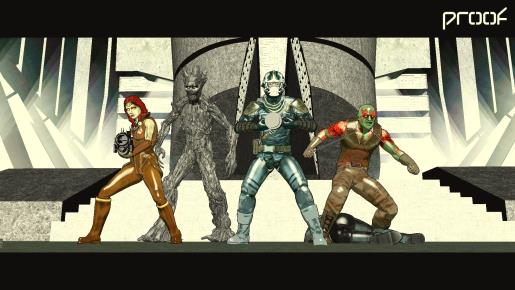 ®All of the main sequences were previsualized before we started shooting, which allowed all departments to get a visual sense of the film and what was required to achieve it during the shoot. It was also an essential tool for the VFX vendors. Once back in Los Angeles, the previs team transformed into a postvis group, still spearheaded by Earl. We had a huge task ahead of us, with more than 1900 VFX shots to postvis. We could not show the movie without fully post-visualizing our two CG characters, ®Rocket® and ®Groot,® and all the spaceships and aerial effects, as well as adding in backgrounds and set extensions for many of the green screen sets. A huge effort was put in the collaboration between James, Earl, the editors, and the VFX department to complete a version of the director's cut that would have all the shots postvised.® 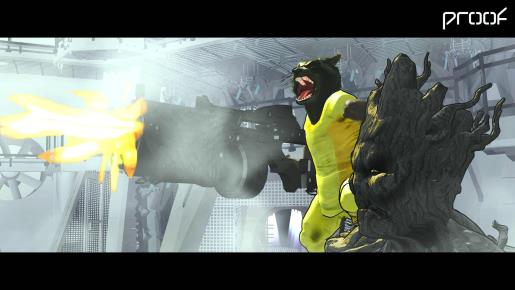 ®All of Proof®s work was invaluable to everyone involved in the project, from Prep, through Shooting, and through Post. They were an integral part of the process,® Ceretti concludes. 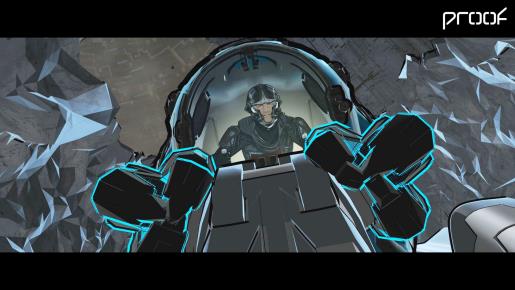 Dan DeLeeuw, newly Oscar Nominated VFX Supervisor for ®Captain America: The Winter Soldier,® said of working with Proof, ®There has been a real paradigm shift during the past few years when planning a feature film. We used to rely on storyboards, then on animatics, and now today on previs. Previs has secured a place for itself as an extremely valuable tool in helping to visualize an entire movie before physical production even starts. In the case of this new film, a huge third act fell onto the shoulders of PROOF®s previs team to help structure. We had to first construct the third act in previs, making our way through all of that data to help determine how the sequences would look. This was the first time I was able to see the entire third act of a movie before a film even began shooting.® 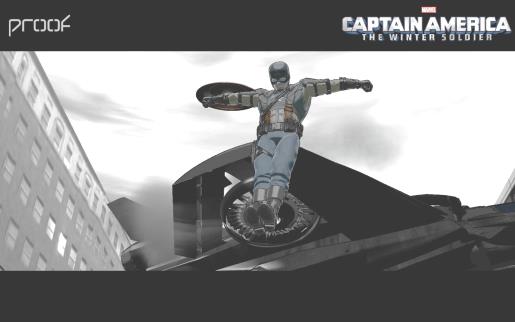 He adds, ®The Proof team and I were involved very early on in the planning of this film. We had to figure out how to fulfill our director®s vision to help best tell this story. Previs has become a really great tool these days for everyone to plan, design and ultimately shoot action sequences. Proof also delivered a good deal of postvis on this movie. In the past, it required a lot of imagination to envision, during screenings, what the movie would actually look like. You®d see green screens where future VFX shots would appear, so there would be ®holes® in the story. Now, by integrating postvis, you can watch the entire film and really get a solid feel for what it will eventually look like.® 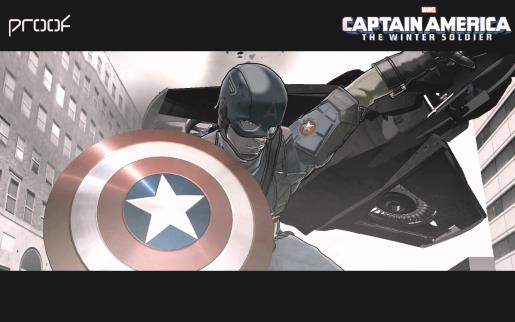 ®It was great working with the Proof team. They are a very collaborative company, and deliver a lot of style when creating shots. Anytime I suggested an idea, they®d show me several variations on that idea in just a mere few hours. They are terrific at delivering fine fantastic images,® DeLeeuw concludes.

ABOUT PROOF INC.:
Founded in 2002 in Los Angeles by Ron Frankel, Proof Inc. is one Hollywood®s leading providers of high-quality visualization services for the feature film and live entertainment industries. Recent company projects have included ®Night at the Museum: Secret of the Tomb,® Marvel®s ®Guardians of the Galaxy,® ®Captain America: The Winter Soldier,® ®The Hunger Games: Catching Fire,® ®Riddick,® ®Fast & Furious 6,® ®Man of Steel,® ®The Hangover, Part 3,® ®42,® ®Hansel & Gretel: Witch Hunters,® ®The Amazing Spider-Man,® and ®The Hunger Games,® to name just a few. Upcoming projects include ®Pan,® ®Tarzan: The Untamed,® ®San Andreas: 3D,® ®Gods of Egypt,® and ®Fast & Furious 7.®

From the start of development through to delivery, the talented digital artists of Proof help filmmakers tell their stories and realize their visions. Whether a major studio feature film, a large-scale architectural installation, a TV commercial, or a live concert, Proof®s unique blend of visual artistry and technical expertise ensures that the company®s work on any project is as accurate as it is evocative. Proof specializes in four areas of creative services: Previs, Virtual Production, Postvis and Event Visualization.