PROOF VISUALIZATION HOUSE PROVIDES EXTENSIVE PREVIS AND POSTVIS SERVICES FOR "NIGHT AT THE MUSEUM: SECRET OF THE TOMB"

Proof Inc., one of the film industry's leading visualization houses, provided extensive previs and postvis services to ®Night at the Museum: Secret of the Tomb,® it was announced today by Proof®s Creative Director/Founder Ron Frankel. The film was released by 21st Century Fox Studios on December 19th.

Erik Nash, VFX Supervisor on ®Night at the Museum: Secret of the Tomb, said, ®Proof started working on this film while we were still prepping. While they weren®t the only previs company on this project, they did create many sequences and they stayed on through the end of post production as the sole postvis team. Proof brought a great deal of creativity to the table. So much of the movie depicts creatures that come to life ® creatures that could only be presented digitally. All of these creature sequences that Proof worked on, they provided the first pass, which amounted to blocking the animation for the characters. In many cases, the animation for the characters didn®t change all that much when those sequences were later handed off to the VFX vendors.® 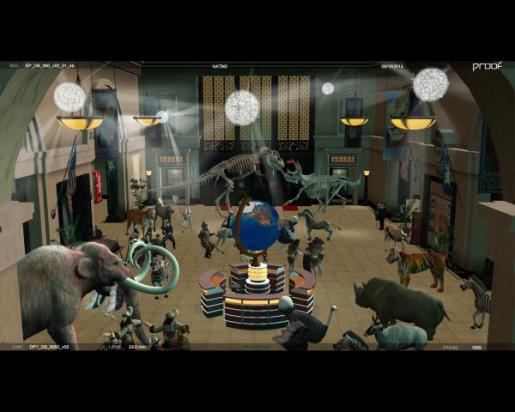 He adds, ®Proof®s creativity often resulted in ideas that ended up in the final version of the movie. Some of Proof®s best sequences included the Pompeii sequence, in which their work was invaluable. That sequence basically took two live action actors against green screen and put them in an entirely new world. Also, the Xiangliu sequence, which involves Ben Stiller (®Larry Daley®) and Dan Stevens (®Sir Lancelot,®) battling a nine headed serpent that has just come to life, was really a terrific sequence, done in postvis. Proof delivered the broad strokes of this sequence and brought it to life. While I have worked on past projects that Proof has been involved with, this was first time I had the opportunity to work directly with them. Their Previs Supervisor Eric Benedict was terrific to collaborate with. The thing that impressed me perhaps the most about Proof was the speed at which they accomplished the work, both in pre- and postvis. They delivered really remarkable turnaround times throughout this entire project. I look forward to working with them again in the future.®
Eric Benedict served as Proof®s Previs Supervisor on the new film, working on the project for 10 months. Proof was initially retained to produce the previs on one sequence in which actors Owen Wilson and Steve Coogan appear as three inch tall characters who get sucked thru a ventilation shaft at the museum. After that, Proof was next commissioned to develop several more sequences featuring these small characters, including the explosion of Pompeii, and the end credits/party sequence. 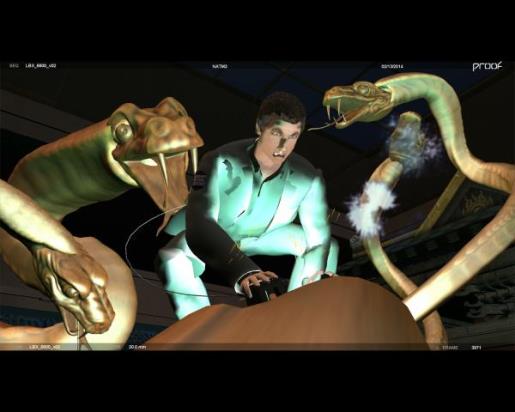 Benedict and Proof also supplied techvis to the project, creating 3D models of the green screen stages so that the filmmakers could merge the real life actors against the CG generated scenery. Proof helped determine where the cameras should be positioned to film Wilson and Coogan from far away to help make them appear only three inches tall. Proof also worked out a number of shots featuring the small characters in postvis. Benedict and Proof also showed the filmmakers where 3D characters and creatures, such as zebras, elephants, hippos, a wooly mammoth and a nine-headed demon snake, should be placed relative to where Ben Stiller and the other live action cast members would be walking through various environments. 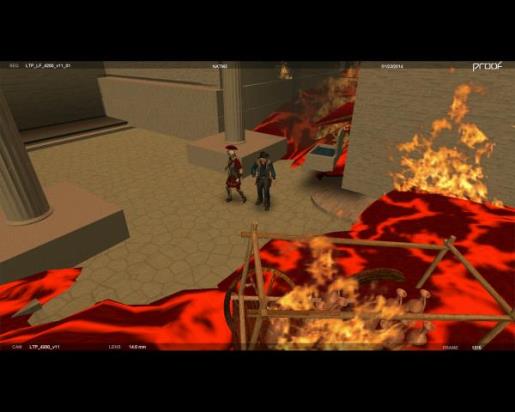 In addition, Proof worked with the filmmakers on stuntvis, which involved the real life stunt team, taking video footage of their stunts and placing it within a CG environment. This allowed the stunt team and the director to see how the practical action would play out in the cinematic world the filmmakers were trying to create. Stuntvis is an effective way by which to test action sequences before committing to filming them.

Benedict, who has been working with Proof for five years, has previously worked on previs for such films as ®The Hunger Games: Catching Fire,® ®Captain America 2,® ®RIPD,® and ®The Last Stand,® said, ®This was a fun project with a large team that allowed me to work closely with VFX Supervisor Erik Nash and a number of the VFX vendor houses. We got to interact and talk with a wide breath of people, which allowed for the sharing of a variety of creative ideas and approaches. The new film also allowed me my first opportunity to animate a great number of creatures from all walks of anthropomorphic walks of life, helping to give each of them a fun and unique personality.® 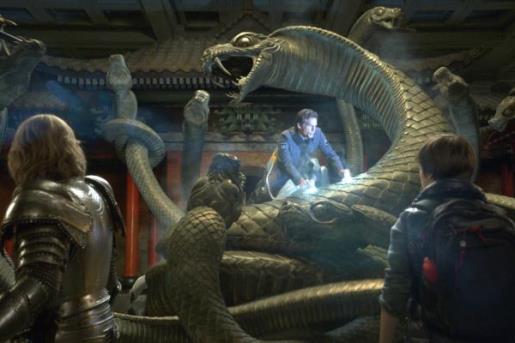 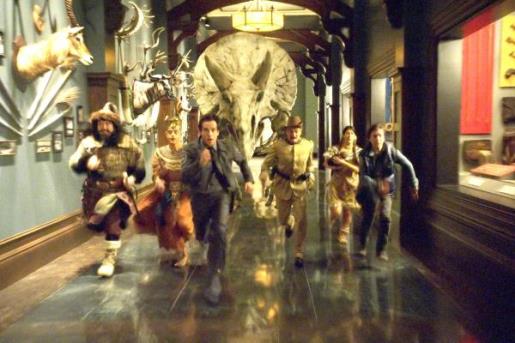 The comedy stars Ben Stiller, Robin Williams, Owen Wilson, Dan Stevens, and Ben Kingsley, along with Steve Coogan, Ricky Gervais and Rebel Wilson. It is produced and directed by Shawn Levy, from a screenplay by David Guion & Michael Handelman, and a story by Mark Friedman and David Guion & Michael Handelman, based on characters created by Thomas Lennon & Robert Ben Garant. It is also produced by Chris Columbus and Mark Radcliffe.

ABOUT PROOF INC.:
Founded in 2002 in Los Angeles by Ron Frankel, Proof Inc. is one Hollywood®s leading providers of high-quality visualization services for the feature film and live entertainment industries. In addition to ®Night at the Museum: Secret of the Tomb,® Proof®s other recent projects have included Marvel®s ®Guardians of the Galaxy,® ®Captain America: The Winter Soldier,® ®The Hunger Games: Catching Fire,® ®Riddick,® ®Fast & Furious 6,® ®Man of Steel,® ®The Hangover, Part 3,® ®42,® ®Hansel & Gretel: Witch Hunters,® ®The Amazing Spider-Man,® and ®The Hunger Games,® to name just a few. Upcoming projects include ®Pan,® ®Tarzan 3D,® ®San Andreas: 3D,® ®Gods of Egypt,® and ®Fast & Furious 7.®

From the start of development through to delivery, the talented digital artists of Proof help filmmakers tell their stories and realize their visions. Whether a major studio feature film, a large-scale architectural installation, a TV commercial, or a live concert, Proof®s unique blend of visual artistry and technical expertise ensures that the company®s work on any project is as accurate as it is evocative. Proof specializes in four areas of creative services: Previs, Virtual Production, Postvis and Event Visualization. Proof's Headquarters Office is located at 5150 Wilshire Blvd., Suite # 300, LA, CA, 90036. The phone is 323/465-6930 and the website is www.proof-inc.com