The National Association of Broadcasters (NAB) announced today that the long-running ®Kevin & Bean Morning Show,® which airs on CBS Radio®s KROQ Los Angeles, will be inducted into the NAB Broadcasting Hall of Fame. The induction will occur during the NAB Show Radio Luncheon, held Tuesday, April 14 in Las Vegas and sponsored by ASCAP. 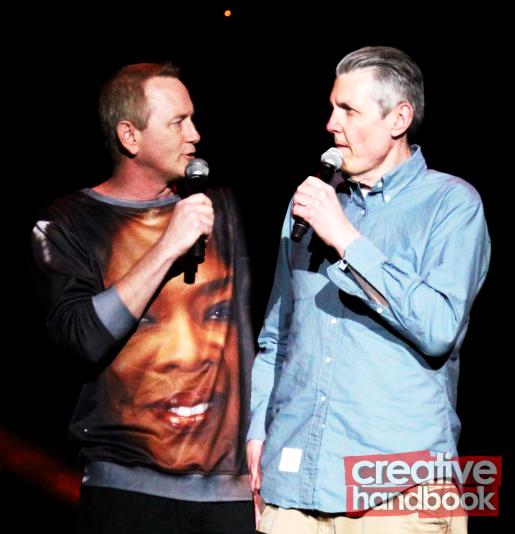 Alumni of the show include prominent hosts and commentators like Jimmy Kimmel, Adam Carolla and Chris Hardwick.

"The talented team of the ®Kevin & Bean Show® is a true radio success story,® said NAB Executive Vice President of Radio John David. ®The morning show has made a huge impact on Los Angeles with its mix of music, entertainment and humor that has resonated with Southern California listeners for decades.®

In the winter of 1987, Ryder and Baxter met at the legendary Top 40 KZZP Phoenix, Arizona. Ryder had been working as one of the station®s nighttime DJs, and Baxter was the music director. After establishing a fast friendship, they teamed on air for a show called ®Saturday Night Party Patrol,® but their interest was in doing a morning show together. The duo later created a morning show demo, which they shopped around to radio stations. Andy Schuon, the then KROQ Los Angeles program director, took notice of the demo and soon after offered Ryder and Baxter the morning drive slot. Their show began January 2, 1990, and continues to this day.

About NAB Show
NAB Show, held April 11-16, 2015 in Las Vegas, is the world's largest electronic media show covering the creation, management and delivery of content across all platforms. With more than 98,000 attendees from 150 countries and 1,600+ exhibitors, NAB Show is the ultimate marketplace for digital media and entertainment. From creation to consumption, across multiple platforms and countless nationalities, NAB Show is home to the solutions that transcend traditional broadcasting and embrace content delivery to new screens in new ways. For complete details, visit www.nabshow.com.