Riptide Music Group, a ®sync-flavored® global publishing administration company with services that include the worldwide synchronization of music for advertising, movie trailers, television, film and videogames, has announced that its artist Helen Austin is the co-winner of the 2014 John Lennon Songwriting Contest®s ®Song of the Year.®

Austin won the contest along with her colleague Paul Otten for having co-written the song ®Colour It.® To watch Austin perform that song, visit: https://www.youtube.com/watch?v=j5LPS_9Dq8E

As ®Song of the Year® winners, Austin and Otten won $ 20,000 in cash, in addition to prizes from SSL, Avid, Mackie and Digital Media Academy. The duo has received other prizes during 2013 after having won last year®s ®Lennon Award® and the Grand Prize in the John Lennon Songwriting Contest®s ®Children®s® category.

ABOUT HELEN AUSTIN:
Originally from the UK and now living on Vancouver Island in Canada, Helen Austin met Ohio-based Paul Otten while they both appeared on a songwriting conference panel. Austin and Otten co-wrote and produced the title track of Austin®s 2014 JUNO Award-winning album ®Colour It,® which also won a 2014 Award from the International Songwriting Competition (ISC.) This collaboration spawned their new project, Big Little Lions, which also won the ISC Award. 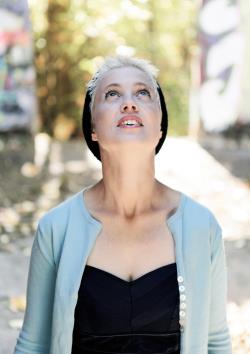 Big Little Lions released its debut EP, entitled ®Paper Cage,® earlier this year. Songs from the EP have been licensed for advertisements for Microsoft and Ikea, as well as for TV shows ®Catfish® (MTV) and ®Total Divas® (E!) For more info, please see: http://www.helenaustin.com/

ABOUT THE JOHN LENNON SONGWRITING CONTEST:
The John Lennon Songwriting Contest (JLSC) is an international songwriting contest that began in 1997. A total of over $ 300,000 in cash awards and prizes are distributed each year by the JLSC, which is open to both amateur and
professional songwriters who submit entries in any one of 12 categories. The JLSC is open year-round and features two Sessions, with 72 Finalists, 24 Grand Prize Winners, 12 Lennon Award Winners and 1 ®Song of the Year.® All entry fees from the contest help support the non-profit John Lennon Educational Tour Bus. For more information, please visit: www.jlsc.com

ABOUT RIPTIDE MUSIC GROUP:
Formed in early 2014 by the mergers of Riptide Music and Pigfactory, Riptide Music Group is comprised of three operating units: Riptide Rights: Riptide Rights oversees publishing and master rights for administration and sync representation; Riptide One: Riptide One is a carefully curated catalog of independent artists, bands, producers and composers which offers a diverse range of music for licensing in advertising, movie trailers, television, film and videogames; and Pacifica Music Library: A modern production music library previously established as a joint venture between Riptide Music and Pigfactory, the Pacifica catalog offers music for all visual media.