$50 off Prompter Rental$100 off Studio or WebCast

$50 off Prompter Rental$100 off Studio or WebCast 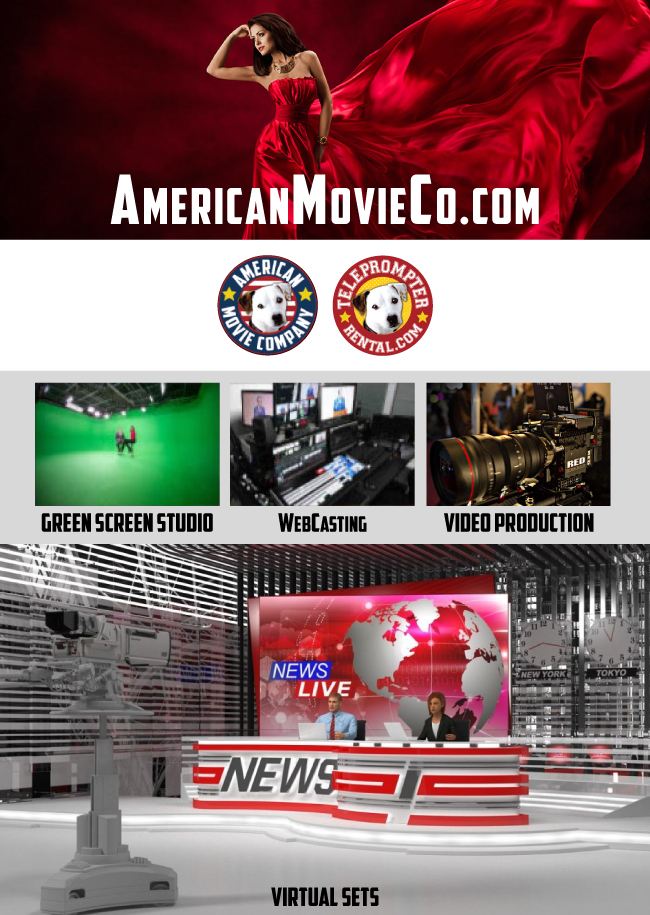 $50 off Prompter Rental
$100 off Studio or WebCast


We hope that you enjoy the offer.
Please share it with your friends and family!
The American Movie Company writes, produces and directs low-budget feature films (under five million) and acts in various production capacities for larger studio productions. We are the New York "go-to-guys" for major motion pictures set in NYC, but shot elsewhere. Decades of professional experience, coupled with pride and care about our work, produces consistently "high quality on a budget". We were the production company for five national commercials in October/November.

In the past year, we worked on The Mortal Instruments: City of Bones (First of the projected series of five features) and Resident Evil 5 in 3D released last year. AMC provides a complete array of local services: crews and production teams including production exec, production supervisor, line producer, PM, AD, POC, etc. We offer production office space, location scouting and management, interface with local unions and casting services as well as an array of 35mm camera, grip and lighting equipment.

Bill Milling, AMC principal, won an Emmy Award for producing the NBC-TV Children's series UNICORN TALES. The show received a total of seventeen Emmys and the Action for Children's Television Award. Bill Milling wrote one of the Emmy winning episodes. He is a leading Video Producer in New York.

Expires 07/29/19 Redemption Code: 8XCF-121M4O-3
New customers only. Limit one per customer. Appointments or reservations may be required and are subject to availability. Present this offer before purchase. Cannot be combined with any other offer. No cash value or other redemption value. Other restrictions may apply - call for details. (212) 219-1075