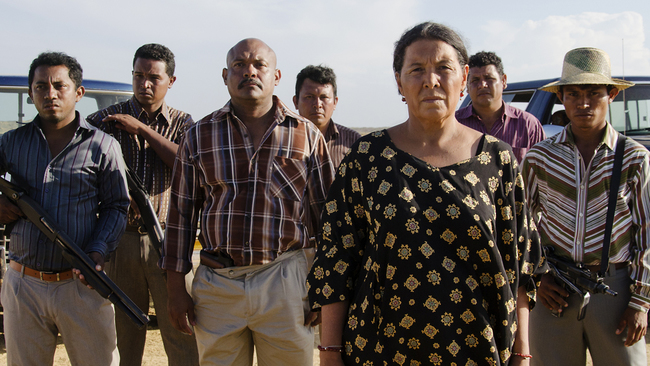 
Now celebrating its 29th edition, the festival showcases Latin America's prolific and varied filmmaking talent and, with the inclusion of films from Spain and Portugal, celebrates Ibero-American cultural connections during National Hispanic Heritage Month. This year's diverse selection of 43 films range from international festival favorites and award winners to local box-office hits and exciting debuts from a new generation of Latin American filmmakers.

The festival opens with the acclaimed crime saga BIRDS OF PASSAGE, the latest from Colombia's Cristina Gallego and Ciro Guerra (2015's Oscar®-nominated EMBRACE OF THE SERPENT). A unique take on the mafia epic, the film explores the burgeoning Colombian drug trade of the 1970s, as told through the story of an indigenous Wayúu family. Earlier this year, the film became the first Latin American production ever to open the prestigious Directors' Fortnight sidebar at the Cannes Film Festival. The film is also the first fiction production shot in the Wayuunaiki language, which is spoken by the Wayúu people on the Guajira Peninsula in northeastern Colombia and northwestern Venezuela.

The Closing Night film, RUBEN BLADES IS NOT MY NAME, is Panamanian director Abner Benaim's intimate look at the life and musical legacy of living Latin American legend Rubén Blades, who spearheaded the New York Salsa revolution in the 1970s, advancing Latinx identity, unity and empowerment on the international stage with his socially conscious interpretation of the art form. The film received the Audience Award in the 24 Beats Per Second section of this year's SXSW Film Festival and was selected to open the 2018 New York Latino Film Festival earlier this month.

Pictured at top: BIRDS OF PASSAGE