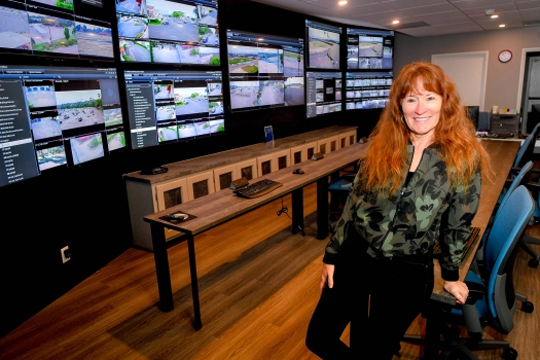 Directors might be using these words soon to begin production on movies, television, and music videos following a three-month shutdown of filming caused by the coronavirus pandemic. On Wednesday, June 10, the Los Angeles County Board of Supervisors and the Department of Public Health announced that crews could resume filming on Friday, June 12.

But with that decision came a lengthy list of safety protocols that must be implemented, meaning it's unlikely filming will ramp up right away. A more realistic start time for productions, according to industry watchers, is July, August or even early fall.

With filming allowed to resume, location scouts are now looking for filming places to shoot. One of the first available and best suited to operate under the county's new safety regulations may be Fairplex in Pomona, which has been the setting for several movie, television and music productions.

At Fairplex, where the economic fallout of the coronavirus and related closures led to the cancellation of the Los Angeles County Fair and other events, the return of film crews is seen as an economic godsend.

The fair, which was originally slated for Sept. 4-27, is Fairplex's biggest event of the year, economically and production-wise. It typically brings more than 1 million guests to the fairgrounds during its 19-day run and has an estimated economic impact of $324 million annually in Los Angeles County, and $58 million in the city of Pomona, according to Fairplex.

Since mid-March, the Fairplex has devoted a majority of its resources to help with local coronavirus response efforts. This includes testing, hosting drive-thru food pantries and offering free childcare for the children of health care workers, first responders and essential workers at its Child Development Center. The Sheraton Fairplex Hotel, located on the Fairplex campus, also opened up 244 rooms to quarantine coronavirus patients. 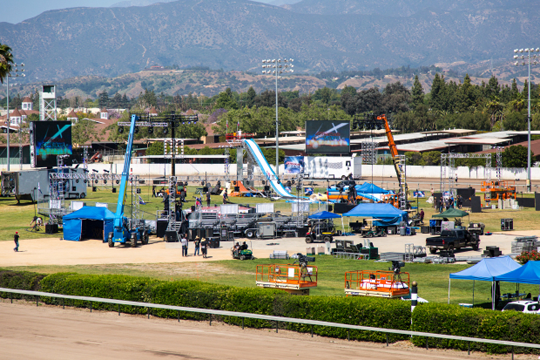 With all Fairplex-produced events canceled for the rest of 2020, however, there's renewed focus on attracting filming crews to the grounds.

The 487-acre campus, which includes 225 acres of open parking lots, has various environments for film, large space for production crews and even a hotel if actors and others wish to stay nearby. It boasts a large indoor filming hall, a racetrack, a farm and a state-of-the-art security command center that can all be used for filming.

Melissa DeMonaco, director of sales, said the Fairplex is more than ready to assist location managers.

"We have a lot of indoor space, outdoor space and flexibility when it comes to production here that many other filming locations don't have," said DeMonaco, who is also a board member for the Location Managers Guild International. "The space and setting sets us apart."

DeMonaco said Fairplex has become a popular production spot in recent years, hosting crews for Chevrolet commercials and even a music video with Usher. She sees the location as one that may become a hot commodity due to its ability to adhere to the county's new film safety regulations.

"There's nothing really that compares to what we have here at the Fairplex," she said.

Frequent cleaning of all working and lunch areas will be required, as will disinfecting shared props before reuse and hand-washing before filming scenes. All scripts, contracts or music sheets should be shared digitally or individually assigned to each worker. When it comes to testing for coronavirus, productions must provide periodic testing for cast and crew, particularly those involved in work that requires close contact without masks for an extended period of time.

New workers will be employed to help regulate and oversee coronavirus-related safety protocols, which will add to production costs. More workers will be asked to work from home or come in on alternate days to limit the number of people on set, which will lead to longer filming schedules. 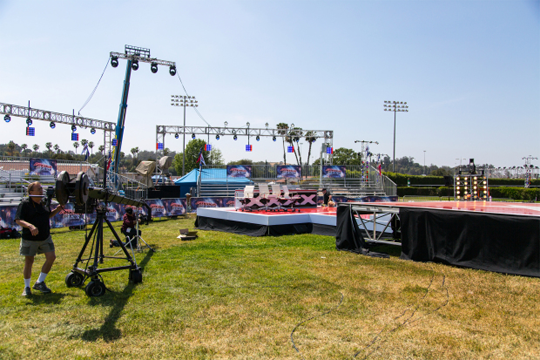 Mike Fantasia, president of the LMGI, said production crews have a lot of adjusting to do for this "new world of filming." He said he's heard from many who have concerns about testing for the virus, operational changes and fewer people on set.

"How do you make a movie with these necessary precautions and protocols put in place... nobody really knows that yet," Fantasia said. "Everybody wants to get back to work but nobody wants to jump into the fire just yet."

Fantasia said a location like Fairplex is an obvious choice for productions to get started right away. While other smaller studios and filming locations might have to make major adjustments before reopening, he said, Fairplex is ready for action.

"It's a great location and it is one of the few locations that is set up with a lot of open air structures," he said. "The Fairplex is one of those positioned really well to work with companies in this COVID environment."
Email This Article   |   Print This Article
No Comments