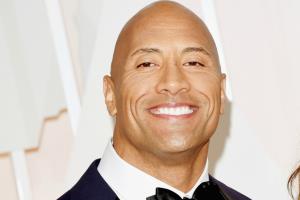 Dwayne "The Rock" Johnson is attached to star in Disney's live-action "Jungle Cruise," which is based on its popular theme-park ride, TheWrap has learned.

There's no director aboard yet, though "Focus" filmmakers John Requa and Glenn Ficarra will write the script. John Davis and John Fox will produce for Davis Entertainment.

"Jungle Cruise" has been docked for the last few years, as there hasn't been much movement on the project since the "Toy Story" duo of Tom Hanks and Tim Allen became attached in early 2011. That iteration of "Jungle Cruise" was set in modern times, though The Rock's version is expected to be a period picture.

Johnson may have the busiest schedule in Hollywood. He's currently filming New Line's action comedy "Central Intelligence" before he moves on to New Line's "Rampage" and Paramount's "Baywatch." He's also set to star in WB's "Shazam!" movie and another "Fast and Furious" sequel.

Johnson has been building a relationship with Disney, as he also provides one of the lead voices in its animated movie "Moana." He's represented by WME, while CAA reps Requa and Ficarra.

Disney is also developing a movie based on its "Haunted Mansion" ride with director Guillermo del Toro and star Ryan Gosling.